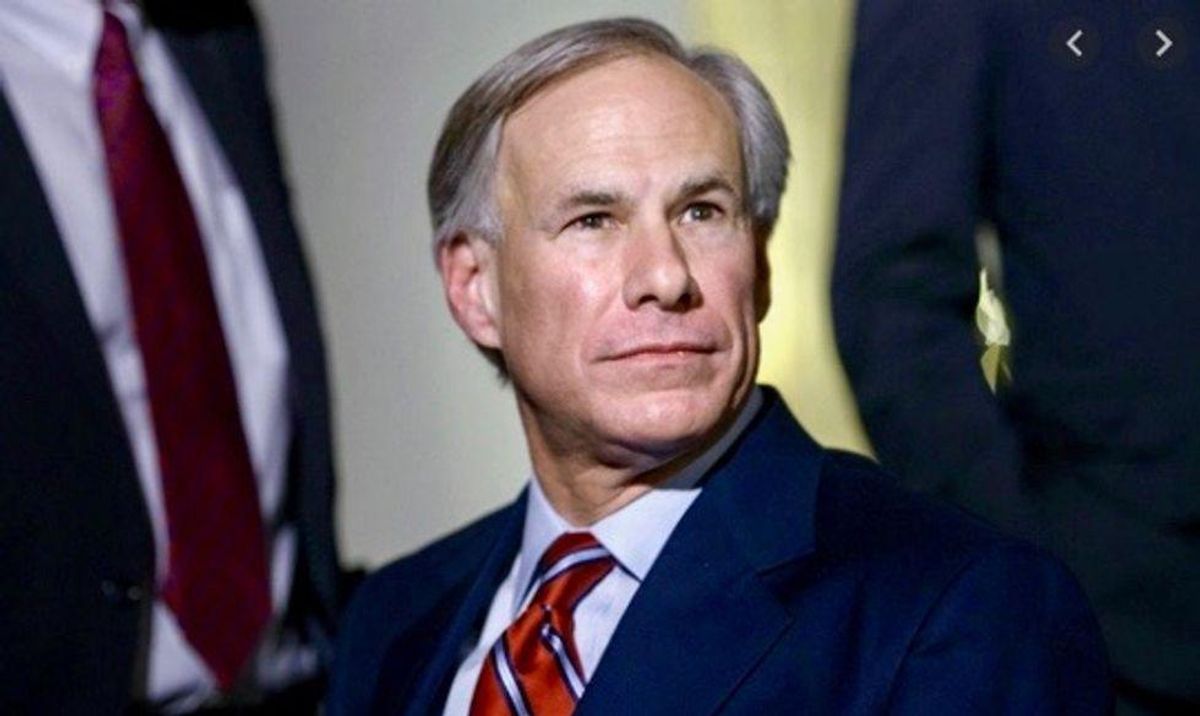 Texas Gov. Greg Abbott is still refusing to back off his ban on mask mandates in schools, even though he personally tested positive for COVID-19 this week one day after attending a mask-free fundraising event.

Local news station KXAN now reports that Abbott is being sued by 14 children with disabilities over his ban on school mask mandates, which they allege is putting their health in danger.

Specifically, the suit claims that Abbott's mask mandate ban puts the children "at significant risk, is discriminatory, and violates the federal Americans with Disabilities Act and Section 504 of the federal Rehabilitation Act."

The 14 child plaintiffs, whose names are remaining anonymous, range in ages from seven years old to eleven years old. This is an important detail because the Food and Drug Administration has yet to formally authorize COVID-19 vaccines for children under the ages of 12.

Abbott's office emphasized that the governor sympathizes with the children's predicament although it did not say whether he would reconsider changing his policies.

"Governor Abbott cares deeply about the health and safety of disabled students, as he does for all Texas students," said an Abbott spokesperson. :Since his accident that left him paralyzed, the Governor has worked throughout his career to protect the rights of all those with disabilities in Texas."