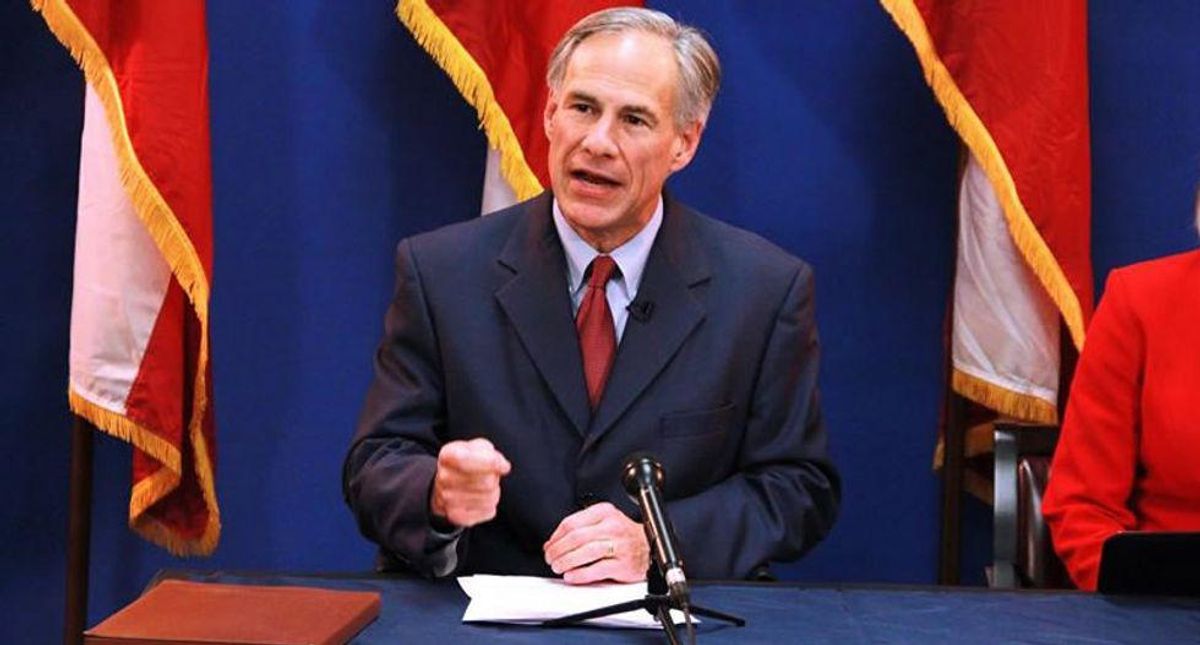 Huffines described the border situation as an "invasion" and vowed to stand up to the federal government. Here's how the station reported it:

"'Well, he certainly did. He really did. This is my idea to secure the… border is just resonating so well for Republican voters, because not only do we want to, I want to finish Trump's wall or build a Texas wall, but I'm going to do whatever is necessary to secure our border,' Huffines added.

"Huffines vowed to close all border crossings across the Rio Grande River if elected as Texas' next governor to force Mexico to address undocumented immigrants that are crossing into the United States.

"'There's 25 crossings over the river that Texas has. I'm going to close every single one of those in one day because I'm the actual Republican running, and I'm actually going to solve this problem once and for all,' Huffines (said).

"The candidate said he believes that by closing the crossings, the economic impact that would have would force Mexico to act.

"[I'm] going to close all the crossings down for all inbound commercial traffic from Mexico. We're going to make Mexico acquiesce economically to secure their side of the river and stop these cartels."

The station did weigh in with its own fact-checking:

"To be clear, though, the ports of entry are operated by the federal government, not the state. But attempting to suspend commercial traffic between the two countries would hurt Texas businesses, since Mexico is the state's largest trading partner, not to mention exacerbate the already strained supply chain."

If Texas Democrats are taking notes, Huffines laid into Abbott with some campaign-ad-worthy sound:

""Republicans are tired of being lied to. We're just tired of broken and empty promises. The border is just not secure. Our property taxes keep going up and up, we don't have confidence in our election," Huffines said. "Look, I can go on and on, but the bottom line is my opponent's a career politician and 31 years in office, he's interested in his career."

Huffines is presumably a long shot to upend Abbott, but as WFAA reports, his border-wall talk has gotten the governor's attention. That, it reports, is why Abbott made off with Huffine's idea.

"Abbott now has a head start with this issue. After receiving Trump's endorsement, Abbott invited the former president to tour the border with him later this month. The current governor's decision to seize on this idea the same week that Texans were again asked to conserve electricity also signifies his concern about a primary challenge from a fellow Republican."