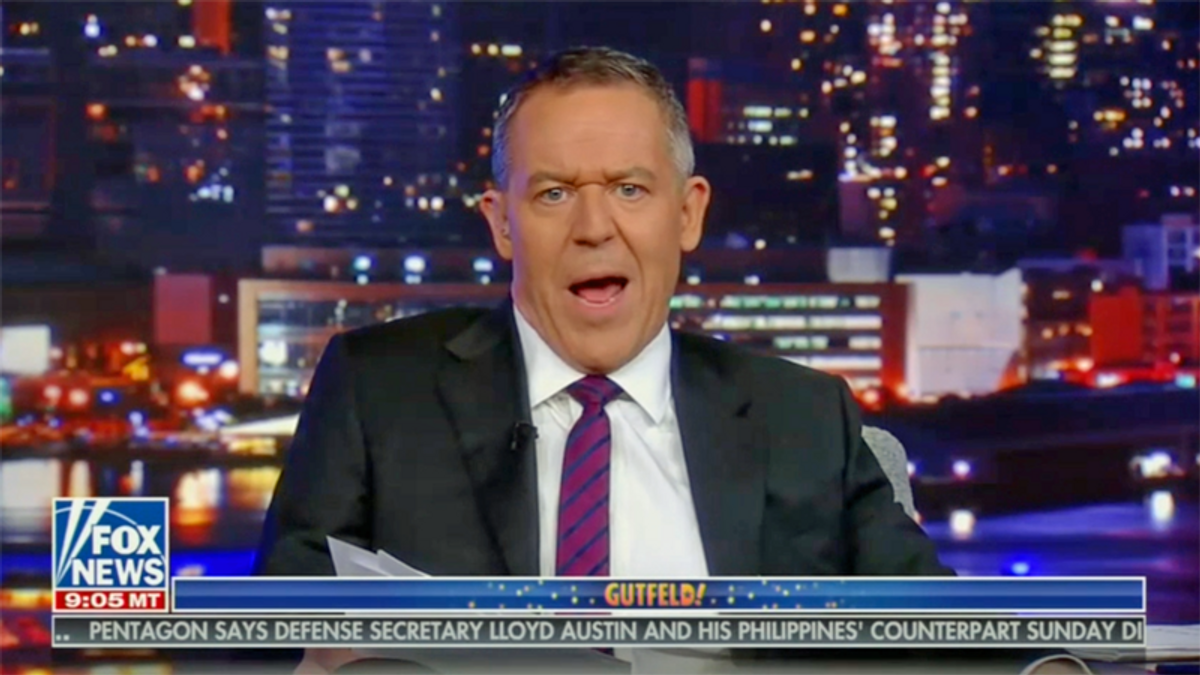 "I am glad that he is guilty of all charges, because I want a verdict that keeps this country from going up in flames," Gutfeld admitted.

"What do you mean?" a stunned Gutfeld replied.

"I'm at least being honest," Gutfeld said defending himself. "My neighborhood was looted, I don't ever want to go through that again.

Pirro replied, saying, "Greg, Greg, we do not sacrifice individuals, for the sake, oh having people feel –"

"I'm saying he is guilty," Gutfeld declared, after suggesting he might not be quite as guilty as jurors found him to be. "I'm saying I'm glad about the verdict."