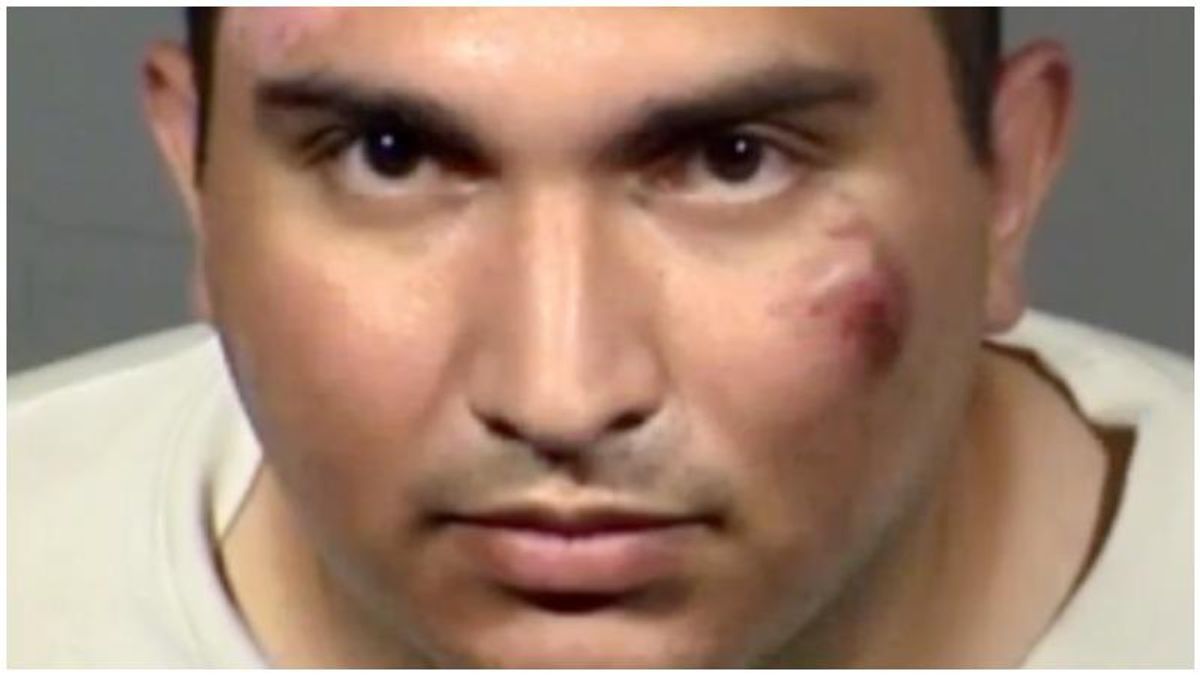 After police received a call about a man being chased down, they arrived on the scene to find John Arellano, 24, marching towards them yelling, "I hate n***ers. They then fired a non-lethal round at him to take him down. While being placed under arrest, Arellano kept saying, "I punched him."

The victim told police that he was walking home from work when Arellano called him a racial slur and punched him in the eye. Arellano then allegedly chased the victim for 7 blocks before police arrived.

"I should have killed that Black guy that I hit," Arellano allegedly told police, also reportedly saying that he was at war with Black people.

Watch KTNV's report on the story below: