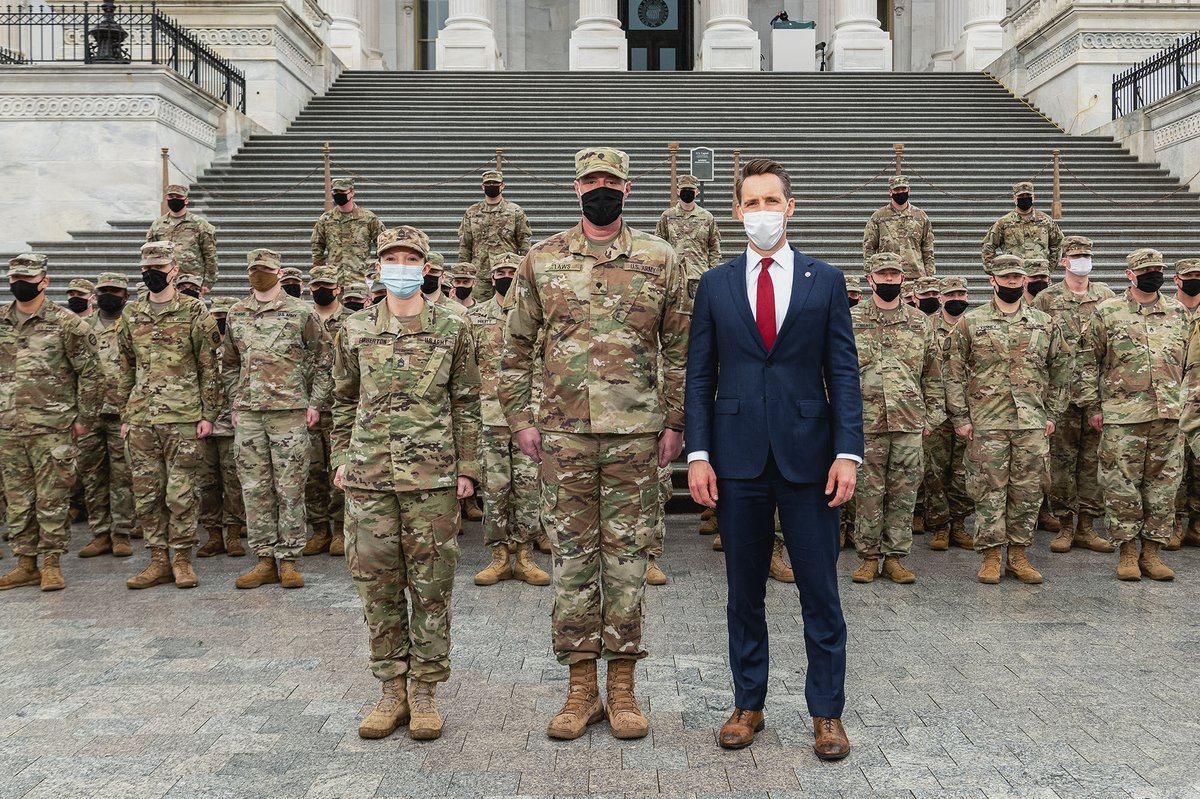 Sen. Josh Hawley (R-MO) received significant backlash this week after he praised the Missouri National Guard for their work in supporting Capitol police.

Hawley, of course, was one of the leading Republican senators to challenge the results of the 2020 election, which incited supporters of former President Donald Trump to violently storm the Capitol building on January 6th.

However, that didn't stop Hawley from posting a photo on his Twitter account of him standing in solidarity with members of the Missouri National Guard who were helping Capitol police guard the United States Capitol.

Hawley's followers were quick to remind him of his role in inciting the violent mob that necessitated the presence of the Missouri NH -- check out some responses below.

This is like Richard Reid, aka “Shoe Bomber,” posing for photos with TSA employees and marveling at the full body s… https://t.co/tkjQ37Qv2F
— Nick Francona (@Nick Francona)1618450794.0

This traitor creates the problem then has the gall to stand next to the women and men who have to be there to prote… https://t.co/zAHwSspdII
— Adrian Fontes (@Adrian Fontes)1618447765.0