Hawley scorched by Democratic Missouri Congresswoman: 'You do not speak for us' 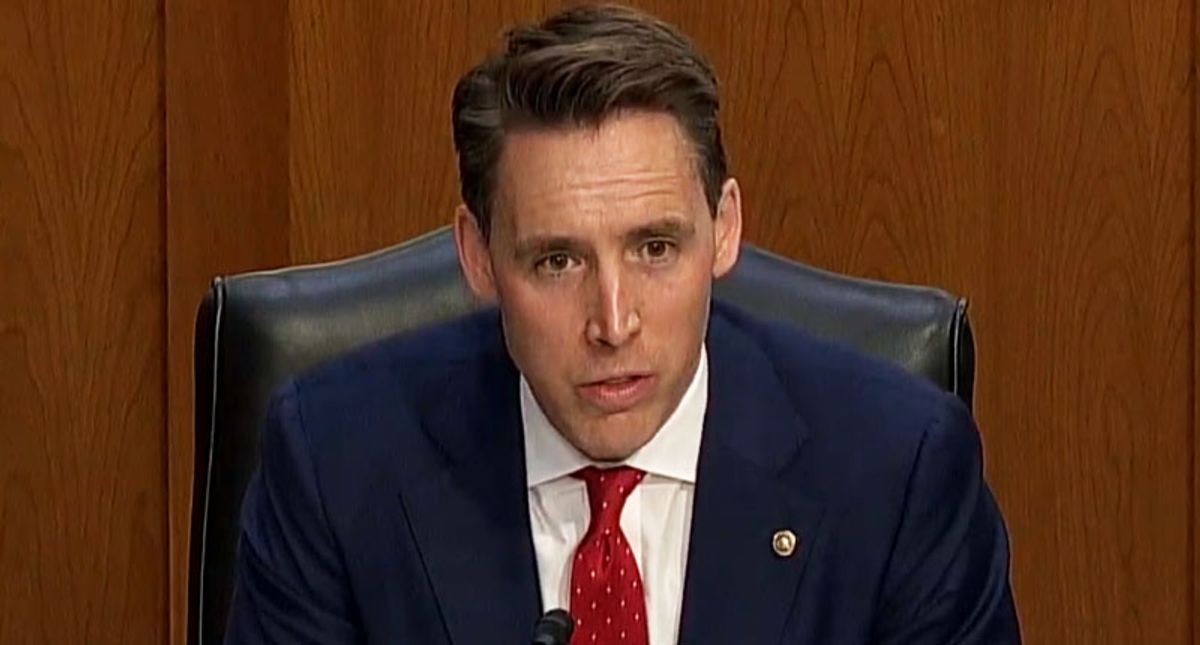 On Wednesday, Rep. Cori Bush (D-MO) took aim at Sen. Josh Hawley, who continued with his crusade to overturn the election results even after supporters of President Donald Trump stormed the Capitol, leaving a woman dead and extensive damage.

Responding to a picture of Hawley greeting the demonstrators who minutes later would devolve into violence, Bush demanded his expulsion from Congress.

"Josh Hawley said he was doing this for the people of Missouri," tweeted Bush. "Let me tell you something, Josh. You are supposed to represent St. Louis too, but you do not speak for us. You have blood on your hands, and that's why I'm calling for your removal from Congress."