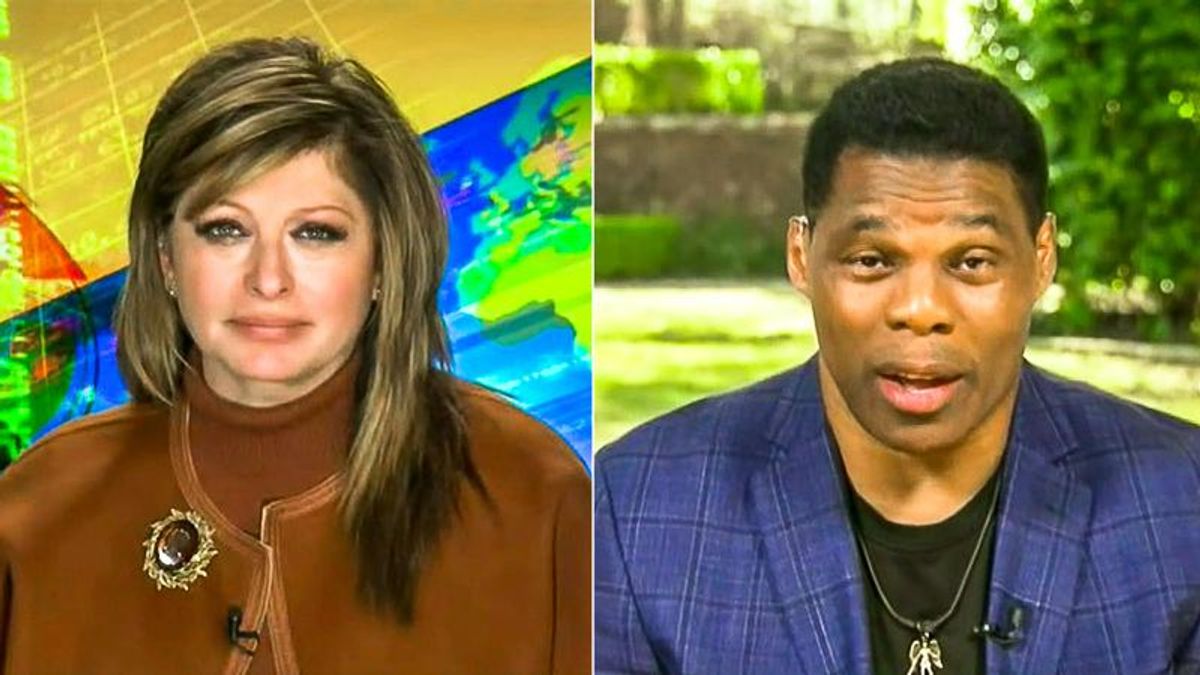 Former football star Herschel Walker suggested on Sunday that he wants to be the next Republican senator from Georgia despite being a resident of Texas.

During an interview on Sunday, Fox News host Maria Bartiromo asked Walker if he would try to unseat Sen. Raphael Warnock (D-GA) in 2022.

"We know that former President Trump wants you to run for Senate," Bartiromo noted. "What is the answer? Are you considering running for the Senate seat in Georgia in the 2022 race?"

"I'm very honored that they would consider me running for the Senate," Walker replied. "My family, we're still going through this process of praying and really considering it. And at the same time, I take it very serious. And people want me to decide, like, right now. And I said, guys, I want to take my time because this is a very serious, serious thing."

"But I will tell you this," he continued. "Hershel Walker believes in God. I believe in this country. I believe in the people. And I'm going to fight for the people of Georgia if I run so just stay tuned. And I tell you what, it's going to be exciting."

Walker went on to say that his priorities as senator "most of all would be America."

"Getting people to find out the truth so they can be educated and quit this dividing," he explained. "I want to bring people back together."

"I believe in America. I believe in the Constitution. That is something special," Walker concluded.

Walker's announcement was met with confusion and ridicule on Twitter.

Watch the video and read some of the responses below.