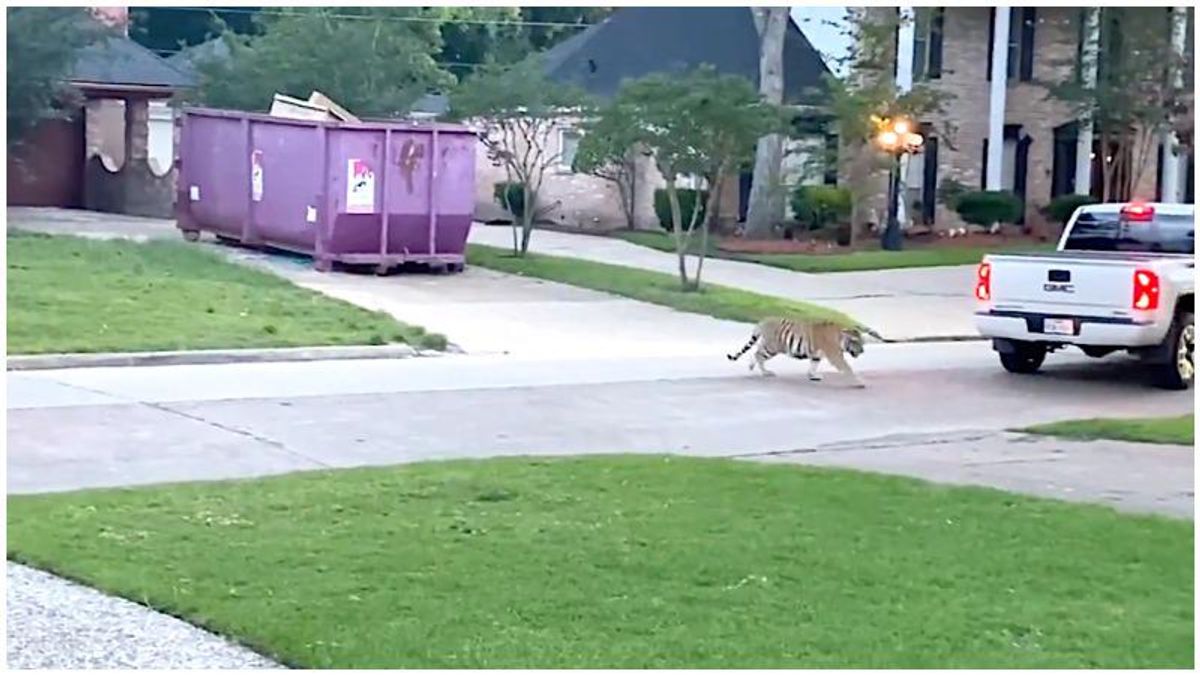 Residents in a neighborhood in Houston, Texas, watched in shock as what seemed to be a fully-grown tiger roamed around their neighborhood, the Houston Chronicle reports.

A person cautiously watching the scene from their home filmed video of the tiger sitting on a home's front lawn while people in cars stopped to watch. Another video shows a person confronting someone who apparently owns the tiger while pointing what looks to be a gun at the animal.

"Get the f*ck back inside! F*ck you and your f*cking tiger!" the man says in the video.

According to the Houston Chronicle, police say someone drove up in a white Jeep Cherokee and took the tiger away.