Some 252 million years ago the world was going through a tumultuous period of rapid global warming.

To understand what caused it, scientists have looked to one particular event in which a volcanic eruption in what is now Siberia spewed huge volumes of greenhouse gas into the atmosphere.

However, there is evidence the climate was already changing before this.

Sea surface temperatures had increased by more than 6–8℃ in the hundreds of thousands of years leading up to the Siberian outpouring. Temperatures increased again after it, so much so that 85–95% of all living species eventually went extinct.

The eruption in Siberia obviously made a mark on the planet, but experts remained puzzled about what caused the initial warming before it.

Our research reveals Australia’s own ancient volcanoes played a big role. Prior to the event in Siberia, catastrophic eruptions in northern New South Wales spewed volcanic ash across the east coast.

These eruptions were so large they initiated the world’s biggest ever climate catastrophe — the evidence for which is now hidden deep in Australia’s thick piles of sediment.

Our study, published today in Nature, confirms eastern Australia was shaken by repeated “super eruptions” between 256 and 252 million years ago.

Super eruptions are different to the more passive Siberian event. These catastrophic explosions spewed massive amounts of ash and gasses high into the atmosphere.

Today we see evidence of this in light-colored layers of volcanic ash in sedimentary rock. These layers are found across huge areas of NSW and Queensland, all the way from Sydney to near Townsville. 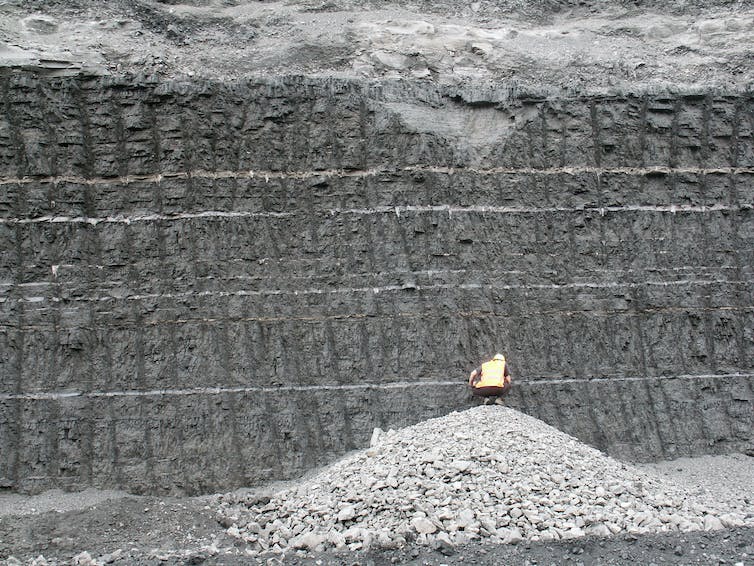 Our study has identified the source of this ash in the New England region of NSW, where the eroded remnants of volcanoes are preserved.

Though erosion has removed much of the evidence, the now innocuous-looking rocks are our record of terrifying eruptions. The thickness and spread of the ash produced is consistent with some of the largest volcanic eruptions known. 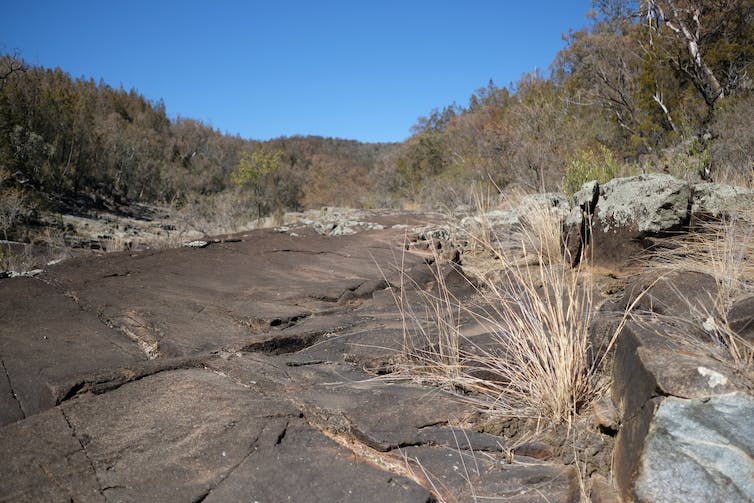 Eroded remnants of the volcanoes in the New England region of NSW. Tim Chapman

How big were the super eruptions?

At least 150,000 km³ of material erupted from the northern NSW volcanoes over four million years. This makes them similar to the supervolcanoes of Yellowstone in the United States and Taupo in New Zealand.

To put it into perspective, the 79AD eruption of Mt Vesuvius, which obliterated the Italian city of Pompeii, produced just 3–4km³ of rock and ash. And the deadly Mt St Helens eruption in 1980 was about 1km³.

The Australian eruptions would have repeatedly covered the entire east coast in ash — metres thick in some places. And a massive outpouring of greenhouse gases would have triggered global climate change.

Ancient sedimentary rocks provide us with a timeline of the environmental damage caused by the eruptions. Ironically, the evidence is preserved in coal measures.

Today’s coal deposits in eastern Australia show ancient forests used to cover much of this land. After the super eruptions, however, these forests were abruptly terminated in a series of bushfires over some 500,000 years, 252.5–253 million years ago.

Typically the plant matter accumulated in swamps and was then buried under sediments. The burial process provided heat and pressure which enabled the conversion of the plant matter into coal.

Without the forests, there was no plant matter to accumulate. The ecosystem collapsed and most animals became extinct.

The subsequent eruptions in Siberia only exaggerated the devastation started by Australia’s supervolcanoes.

And this collapse of ecosystems was not limited to Australia, either. The catastrophic event affected all of the ancient continents. It had a substantial influence on the evolution of life — which eventually led to the rise of the dinosaurs.

Australia’s super eruptions were a key marker of change in the ancient world. As we look to achieving a more habitable climate in the future, who knew the clues to environmental catastrophe lay buried beneath our feet?

Acknowledgement: we would like to thank our colleague Phil Blevin from the Geological Survey of New South Wales for his contribution to this work.