'Wear your damn masks, please': NIH Director ties politicization to 'tens of thousands' of US deaths 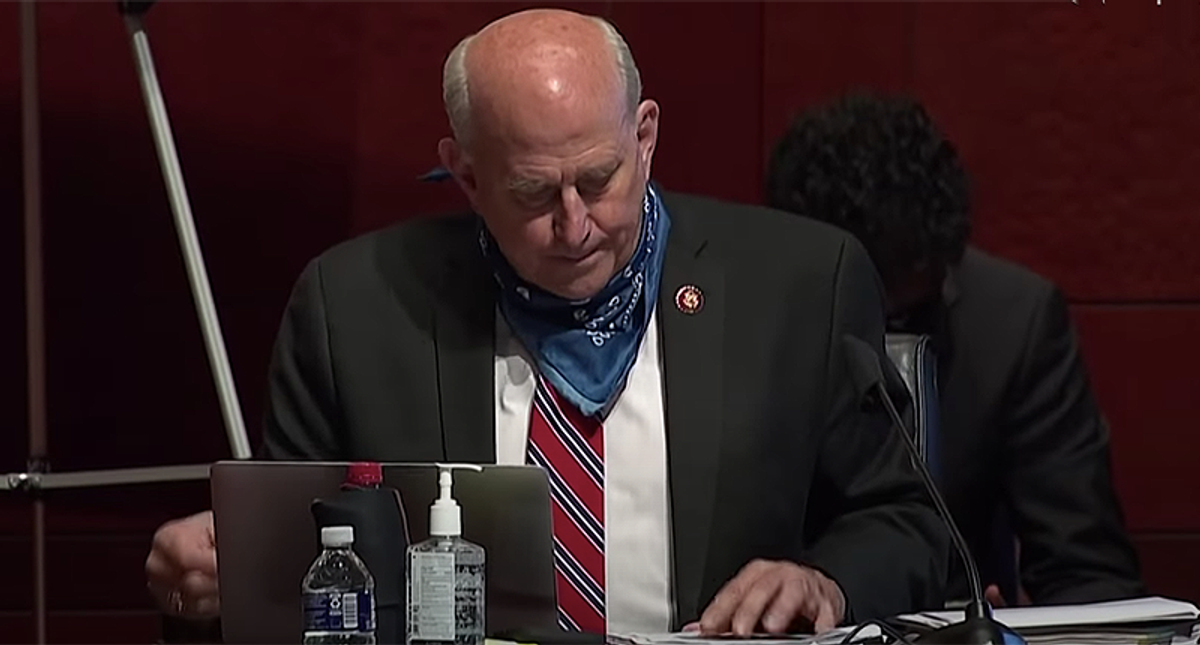 As the U.S. death toll from the coronavirus pandemic approached the half-million mark, one of the nation's top doctors on Sunday tied the politicization of mask-wearing—for which former President Donald Trump and various other Republicans have been widely criticized—to "tens of thousands" of deaths nationwide.

"The evidence was pretty compelling by last March or April that uniform wearing of masks would reduce transmission of this disease. And yet, with a variety of messages through a variety of sources, mask-wearing became a statement about your political party or an invasion of your personal freedom," National Institutes of Health Director Dr. Francis Collins told "Axios on HBO."

"A mask is nothing more than a life-saving medical device, and yet it got categorized in all sorts of other ways that were not factual, not scientific, and, frankly, dangerous," he said. "And I think you could make a case that tens of thousands of people died as a result."

While in office, Trump at times mocked mask-wearing and refused to don one himself despite expert conclusions that face coverings and social distancing could save many lives. As president, he was diagnosed with Covid-19 and hospitalized in early October, but eventually recovered; critics dubbed Trump the "superspreader-in-chief" for his actions both before and after he announced that he was sick.

Though Collins on Sunday praised parts of the Trump administration's pandemic response, he also addressed the ex-president's resistance to masks.

"It's so disappointing that such behaviors could be chosen—intentionally by people who have access to real public health information and yet would decide not to put on the mask in order to make some other kind of statement," Collins said. "Perhaps with some sense that they're immune from the consequences."

"There is way too much politics in things where it doesn't belong," he added.

Rep. Mark Pocan (D-Wis.), who has repeatedly blasted Republicans in Wisconsin for politicizing and fighting against mask mandates and other Covid-19 policies, responded to the NIH director's interview with a request: "Wear your damn masks, please."

Collins and Pocan's comments came as Dr. Anthony Fauci, director of the NIH's National Institute of Allergy and Infectious Diseases and President Joe Biden's chief medical adviser on Covid-19, suggested Sunday on CNN that Americans may need to wear masks into 2022, despite the distribution of various effective vaccines.

Adding to those remarks Monday on "CBS This Morning," Fauci said, "So, when I said we might be, I didn't say we absolutely are going to be wearing them, I'm saying it is quite conceivable that if we actually go into the fall and the winter and there is still a degree of virus in the community, despite the fact that many people have been vaccinated—we certainly will likely, very likely be much better off then than we are now—but it is conceivable that there will be enough virus in the community that in order to be extra safe, we may have to be wearing masks under certain circumstances."

"That's the only point that I was making, I was not trying to scare people. I'm saying we've got to be prepared, that variables are there and we can get another surge," he explained, noting that he doesn't think there will be another surge in the United States. "That's what I meant by don't just give up on public health measures, because we're going in the right direction."

The U.S. Centers for Disease Control and Prevention announced Monday that 64,177,474 vaccine doses have been administered across the country—over 85% of the 75,205,940 distributed doses. The CDC added that 19,438,495 people have received both doses required for the two vaccines authorized in the United States.

The Biden administration and governments in other wealthy countries—along with Big Pharma—are under pressure from campaigners across the globe to ramp up efforts to make vaccines more accessible to not only those within their borders but also people in developing nations.

White House Press Secretary Jen Psaki said Monday that Biden—joined by First Lady Jill Biden, Vice President Kamala Harris, and Second Gentleman Doug Emhoff—will "ask all Americans to join in a moment of silence during a candle lighting ceremony at sundown." The president will also deliver remarks at the event and order all federal buildings to fly flags at half-staff for five days to mark the 500,000 deaths.