Hunter Biden has a message for Ivanka and Donald Trump Jr. in new book 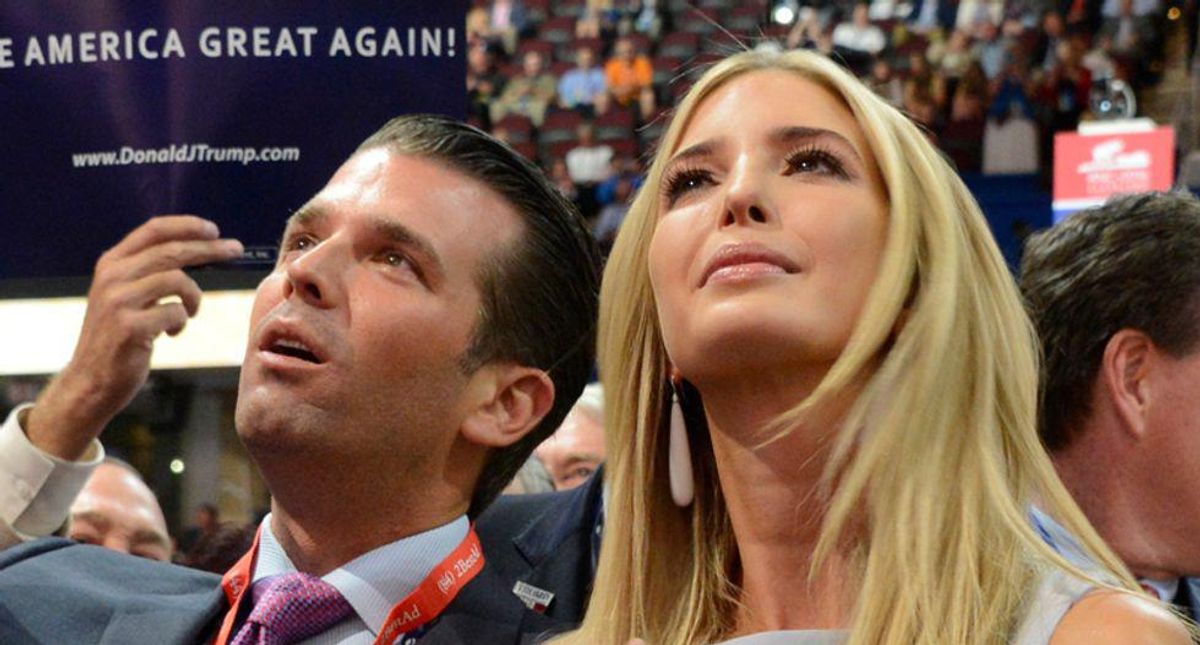 One of the most horrific things that President Donald Trump did during the 2020 campaign is trying to take down Joe Biden by bringing down his son. The delivery person for the attacks came from Trump Jr. and his brother Eric.

She singled out Don Jr.'s effort to manage the Trump mortgage company in 2006 that fell apart in less than a year later. Eric Trump manages the Trump Winery, which has earned reviews like, "Welch's grape jelly with alcohol," Levin recalled.

She recalled Don Jr. proclaiming, "I wish my name was Hunter Biden! I could go abroad and make millions off my father's presidency. I'd be a really rich guy."

None of the attacks worked, possibly because most recognized the hypocrisy of the comments. Levin noted that the Trump children continued doing deals using their father's position to enrich the family.

Don Jr. finally came up with an idea he thought was genius: he'd debate Hunter Biden and the two would release their taxes, but only if someone would pay $50,000 to make it happen. At the same time, then-president Donald Trump hadn't revealed his own taxes he promised he would show Americans. The former president also wouldn't show up to the second presidential debate, which was a town hall format.

According to Levin, Hunter Biden sent his own message to the Trump children now that the campaign is over.

"The younger Biden son begins by referencing Team Trump's attacks on him for the work he did abroad 'even as [Trump's] own children had pocketed millions in China and Russia,'" Levin cited. "At one point, he calls out Don Jr. and Eric for getting rich solely thanks to their dad whereas Hunter writes, 'I've worked for someone other than my father, rose and fell on my own.' While acknowledging his own privilege—'there's no question my last name was a coveted credential,' he says—he takes aim at the ex-president's adult children for suggesting they're self-made individuals who didn't reap the benefits of their family name. 'Do you think if any of the Trump children ever tried to get a job outside of their father's business that his name wouldn't figure into the calculation? My response has always been to work harder so that my accomplishments stand on their own.'"