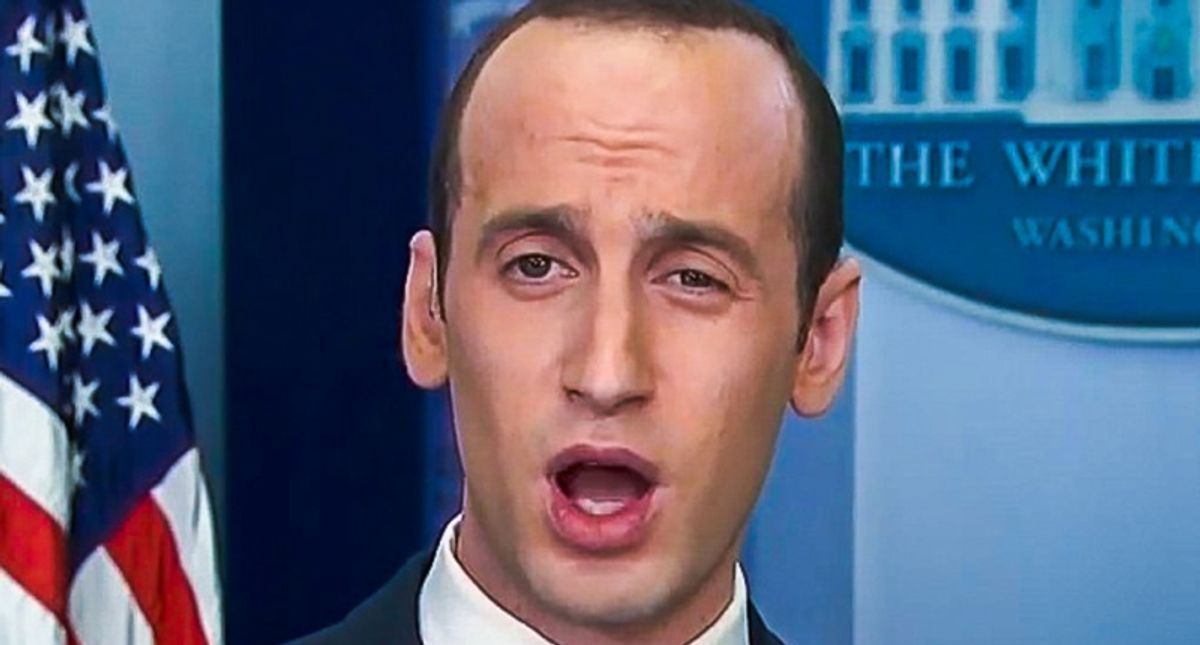 White nationalist Stephen Miller, the architect of President Donald Trump's child separation policy, is being roasted by critics after he attacked President Joe Biden's immigration policies as cruel and inhuman.

In May of 2018 Miller reportedly told a group of 11 top Trump advisors, including Cabinet officials, "that not enforcing the administration's 'zero tolerance' immigration policy 'is the end of our country as we know it,'" NBC News revealed last year.

"White supremacy" was the driving force behind the administration's decisions on child separation, a historian told NBC News. And according to Trump administration officials, Miller "saw the separation of families not as an unfortunate byproduct but as a tool to deter more immigration."

"Children are being taken away from their families in the Northern Triangle — in El Salvador, Honduras, and Guatemala. Those countries are being deprived of their future. These illegal immigrants are being put in harm's way all because of a policy choice Joe Biden made to restore catch and release. That is cruel, that is inhumane, and we are seeing the results of that right now."

On social media the backlash was immediate.