In silent signal, Biden in no rush to court Netanyahu 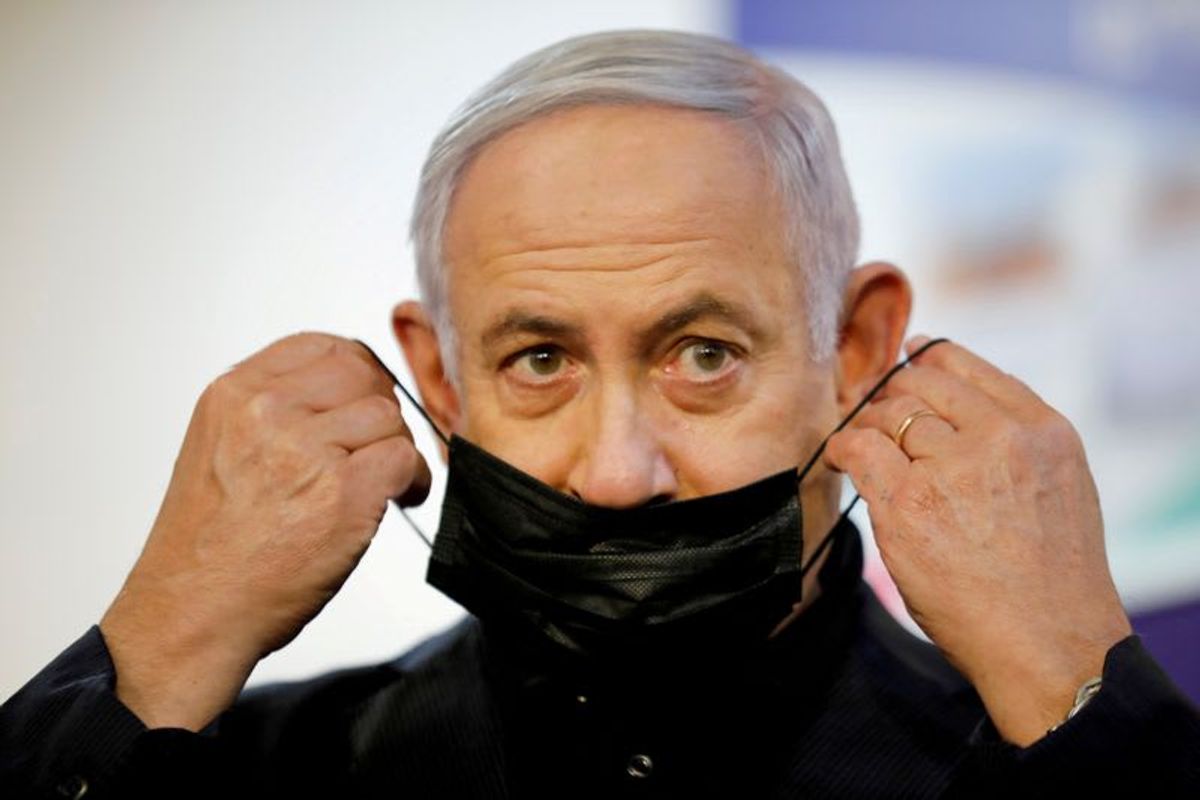 Israeli Prime Minister Benjamin Netanyahu is waiting for the phone to ring. But President Joe Biden is taking his time.

Biden is making clear he is in no rush to court the Israeli leader, a marked shift from his predecessor Donald Trump that some observers see as an early signal that the United States will no longer give carte blanche to its ally.

Three weeks into his presidency, Biden has yet to talk to Netanyahu, although he spoke to him after the election and the two have had a largely cordial relationship for years.

In his first major policy speech, Biden did not even mention Israel as he spoke of his efforts to solidify US alliances.

The message has clearly been heard in Israel with Danny Danon, the head of the global wing of Netanyahu's Likud Party, tweeting a list of Biden's conversations and asking, "Might it now be time to call the leader of Israel, the closest ally of the US?"

In an echo of former secretary of state James Baker's public pressure on Israel to make peace three decades ago, Danon posted the phone number of Netanyahu's office.

Netanyahu earlier played down the delay, saying Biden was getting around to calling leaders from the Middle East and that the US-Israel relationship remained strong.

Middle East observers say Biden likely is calculating he has little incentive to engage Netanyahu before Israel on March 23 heads into its fourth election in two years -- which may, or may not, end the career of Israel's longest-serving prime minister, a wily politician who is also facing a corruption trial.

Biden's team is filled with veterans from Barack Obama's administration who bitterly recall the failure of high-profile peace bids by John Kerry and George Mitchell -- and Netanyahu's alliance with the rival Republican Party to stop Obama's denuclearization accord with Iran.

Obama "made resolving the Israeli/Palestinian conflict one of his early foreign policy priorities and did not get far with it," said Michele Dunne, a senior fellow at the Carnegie Endowment for International Peace.

Biden faces "a situation in which the two-state solution has become impossible to implement, but neither Israelis nor Palestinians have yet embraced any alternative," she said.

Trump, whose evangelical Christian base is avidly pro-Israel, fulfilled a wishlist for Netanyahu including recognizing Jerusalem as Israel's capital, blessing settlements in the occupied territories and doling out US incentives for Arab nations to normalize with the Jewish state.

The Biden administration has already said it will resume relations with the Palestinians and restart aid for Palestinian refugees.

Jeremy Ben Ami, the president of J Street, a progressive pro-Israel US advocacy group, said that the Biden administration should reverse more Trump policies including former secretary of state Mike Pompeo's finding that settlements on Palestinian land are legal.

"Under the Trump administration, they got a green light to do whatever they wanted in the West Bank and pursue creeping annexation with abandon. We hope that a red light is flashed on that ASAP," Ben Ami said.

He called on the Biden administration to be more aggressive in imposing consequences if Israel goes ahead with settlements, including leveraging the $3 billion in annual US aid.

But Ben Ami doubted the utility of Biden quickly rolling out his own plan for peace, saying that there likely needed to be political changes first in Israel and the Palestinian Authority.

"What the United States does right now should be focused on keeping that possibility alive rather than pursuing some grand new initiative," Ben Ami said.

Unlike some in his Democratic Party's ascendant left-wing, Biden has cast himself as solidly pro-Israel.

The Biden administration has made clear it will preserve some of Trump's key decisions including moving the US embassy to Jerusalem.

Secretary of State Antony Blinken in a CNN interview suggested legal questions in Trump's recognition of Israel's annexation of the Golan Heights, conquered from Syria, but indicated there was no thought of reversing course amid the neighboring nation's brutal civil war.

As the Biden administration moves to return to the Iran accord, which it sees as vital to containing the clerical state's nuclear program, the Israeli elections offer the prospect of moving ahead with Netanyahu's expected intervention.

Republicans have already seized on the issue. Nikki Haley, Trump's UN ambassador, accused Biden on Fox News of "snubbing our friends like Israel" while "cozying up to enemies like Iran."