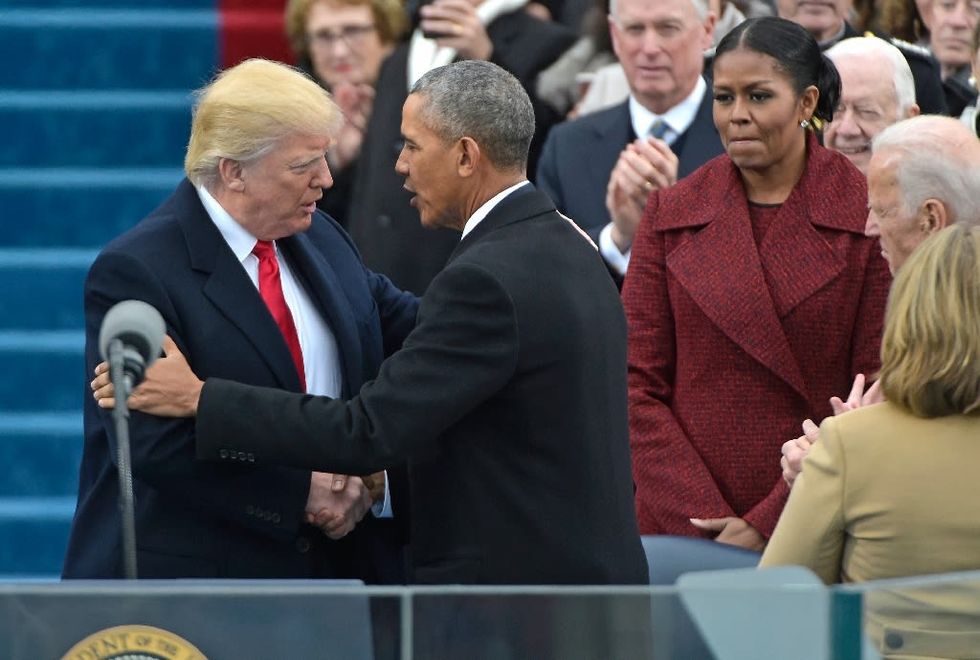 Barack Obama greets Donald Trump as he arrives on the platform at the US Capitol in Washington, DC for his swearing-in ceremony in January 2017

Paris (AFP) - Outgoing US President Donald Trump will be far from the first to boycott his successor Joe Biden's inauguration on Wednesday -- but his absence will be the first since 1869. In fact, many past inaugurations were conducted in a febrile atmosphere, with some turning to high drama: The boycottersPresidential bad blood goes back a long way. In 1801 the second US president John Adams snubbed his successor Thomas Jefferson, leaving the White House at dawn after calling his former vice-president as "a mean-spirited, low-lived son of a half-breed Indian squaw". His son John Quincy Adams ...