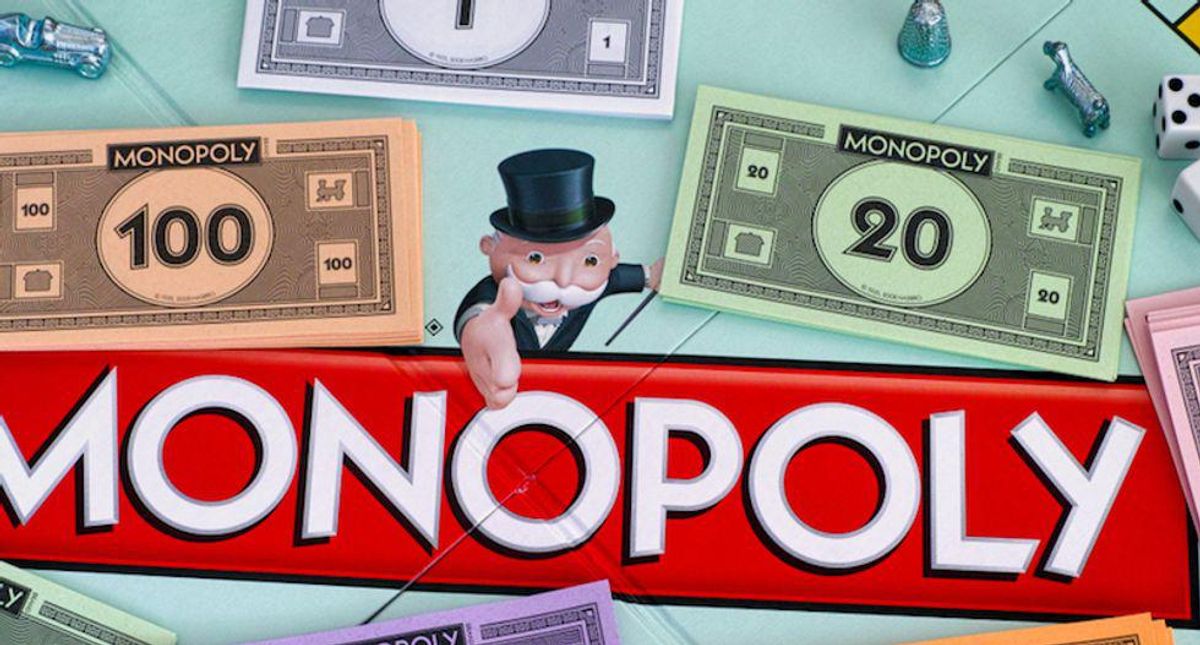 Inequality is literally killing us, both individually and as a society, and its two main drivers are monopolistic business behavior, and greedy CEOs and politicians. Both are a result of psychopaths taking over politics and business.

Decades ago, when I was doing international relief work, I visited a school for Aboriginal children way up northeast near Cairns, Australia in a little town called Lockhart River.

One of the teachers there, a white guy who'd grown up in Sydney and was my guide around the place, told me the story of an "amazing, life-changing" revelation he had the first week he was teaching at the school.

He was supervising after-school activities, and a large group of the kids formed into two teams and were playing soccer. The game's score went back-and-forth, back-and-forth with the two teams, fairly evenly matched, taking turns with who was ahead.

"They played for about an hour," he told me, as I recall. "And then they stopped. They said the game was over, and I couldn't figure out why."

The revelation for him came when they told him that, by their rules, the game was over when both teams had achieved the same number of points. When things were even.

This is how things were across much of humanity before the psychopaths took over.

Humans are wired for cooperation and empathy; these are among the highest values in societies the predate the Agricultural Revolution and in cultures today who still remember their roots in such ancient societies.

The advent of agriculture 7,000 years ago, however, produced seasonal bursts of food from harvests, often followed by long, hungry winters. This gave some people—the psychopaths—the ability to (as Daniel Quinn wrote so eloquently in his book Ishmael) "lock up the food." It was the original sin of greed, the forbidden fruit of the garden, something that's considered a crime or a mental illness in Older Cultures.

Those greedy few who controlled the food had the power of life and death over everybody else, eventually coming to be known as kings, robber barons and CEOs as humanity moved into the modern era.

Multiple studies show that as many as 20% of American CEOs are psychopaths, accounting for a brutal business culture and a winner-takes-all economy.

Although humans are wired for empathy, collaboration and cooperation, there is a small percentage—most estimates run between .5% to 2%—of people among us who are psychopaths; these people rarely feel empathy and view cooperation as a sign of weakness rather than strength.

And, tragically, these psychopaths have mostly come to dominate the worlds of politics and business.

Most stunning, multiple studies show that as many as 20% of American CEOs are psychopaths, accounting for a brutal business culture and a winner-takes-all economy.

Depending on party affiliation, those numbers probably hold true in politics, as well; if psychopaths are over-represented in the Republican Party (Trump is the latest and most visible example), that would account for their brutal style of politics.

If psychopaths are under-represented in the Democratic Party, that would account for why Dems constantly want to compromise and work things out. Such behavior is, after all, the baseline norm for humans who are not psychopaths.

While psychopathic CEOs and politicians battling it out in their own realms may seem remote for the average person, the reality is their psychopathic, greedy behavior accounts for much of the massive inequality we see in the world today.

And that psychopath/greed-driven inequality is making us, as a society, sick.

Richard Wilkinson and Kate Pickett of the Equality Trust in the UK have spent years documenting how the more unequal a society is the greater will be their rates of crime, mental illness, violence, homicide, suicide, drug addiction, obesity, unwanted pregnancy and a whole host of other medical, psychological and social ills.

On the other hand, the more egalitarian or equal a society is the less frequently these societal ills present themselves. They've shown this is true from country to country, and even did an extraordinary break-down state-by-state in the US showing the exact same effect.

And now we're finding that just playing games that are based on psychopathic behavior like trying to wipe out your competitors and take all their assets triggers similar reactions in people to societal inequality itself. And some games are worse than others at this.

And the game that's the worst is Monopoly.

Back in 1903 Lizzy Magie, a British feminist and socialist, patented the board game that we know today as Monopoly. She invented the game as a warning about the dangers of unrestrained, unregulated capitalism, although over the past hundred years that has been almost completely forgotten.

As Chris Melore reports, "Monopoly stands out as the most debated—and most forbidden—board game of all time. In a recent survey of 2,000 U.S. residents, 20 percent say that their game nights with friends or family members are often or always disrupted by competitive or unfriendly behavior."

Perhaps the "good" news is that "only 11% of respondents said they witnessed a physical fight break out," but Monopoly—a game that is based on the prime psychopathic value of taking everything for yourself and thus increasing inequality—seems to trigger the worst in us.

Nobody's calling for a ban on the game of Monopoly, but as the Aboriginal kids taught their "westernized" teacher—and the extraordinary scientific research of the Equality Trust clearly shows—we will all be better off if we can reform our political and business cultures to be less greed-driven (psychopath-friendly) and more collaborative and fair (humanity-friendly).

Those psychopath-proofing reforms range from tackling actual business monopolies, to getting corporate and billionaire money out of politics, to strengthening our democracy by establishing an absolute right for all Americans to easily and comfortably vote like in other democracies (see: HR1).

It's a big lift, but if we all work together we can still make it happen.