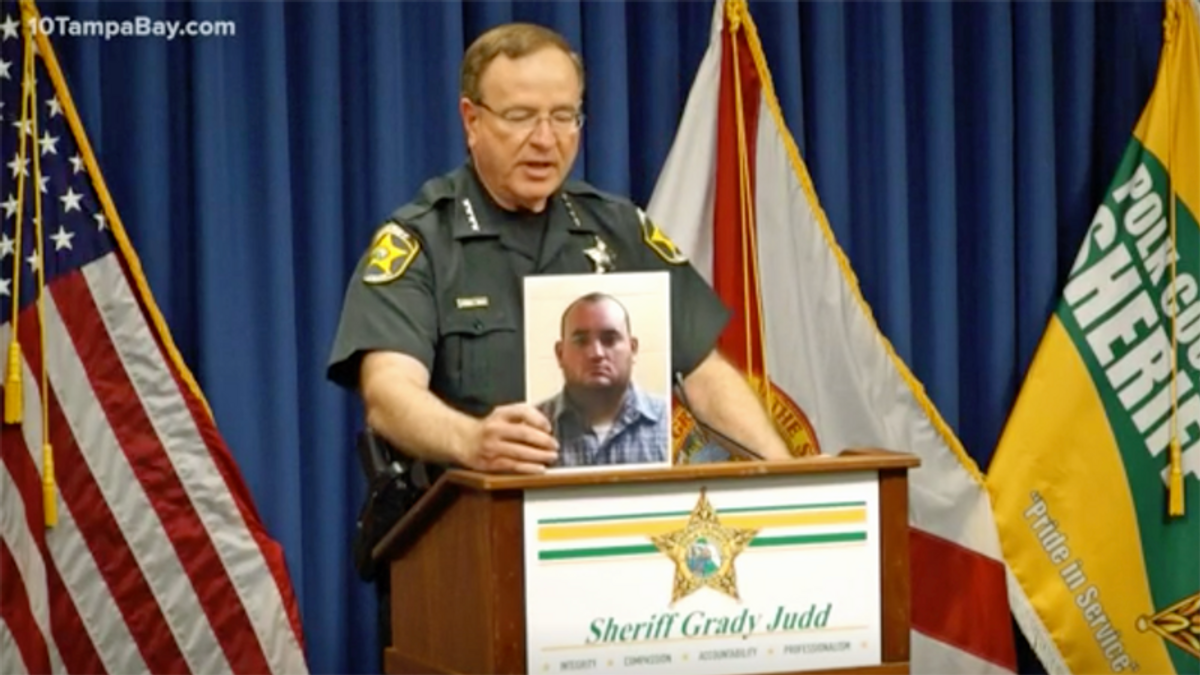 "Words matter, the sheriff said, and the threatening statements a Polk County, Florida deputy allegedly made related to violence at the U.S. Capitol were enough to put him behind bars. A visibly upset Sheriff Grady Judd called the text messages of 29-year-old Peter Heneen, a deputy of six years, "absolutely frightening."

Heneen faces a second-degree felony charge of written threats to kill, do bodily injury, or conduct a mass shooting or an act of terrorism," WTSP-TV reports.

"Heneen was arrested Tuesday and has been suspended from duties pending termination procedures, the sheriff's office said. Following the Jan. 6 insurrection at the Capitol by supporters of President Donald Trump, the sheriff said Heneen spent some time texting a fellow deputy that evening. Judd considers that law enforcement officer a "hero" because, following the two's conversation, he reported it to superiors," the station reported.

The sheriff unveiled the text messages during a press conference.

"Any cop or military who stands in the way is the enemy," Heneen allegedly wrote about those trying to stop the insurrection. "We all swore an oath. And if you violate it you are the same."

"Should have drug those tyrants out into the streets and executed them," he continued. "F*ck the federal government. FBI are corrupt they are all corrupt."

"I'll f*cking kill them all," he threatened.

"And you are giving your plans on a traceable app on your phone?" the other deputy asked.

"Yep they are listening, come and get me!!!" he taunted, with three raised middle-finger emojis.