QAnon insurrectionist haunted by his past as he faces recall — while running for higher office: report 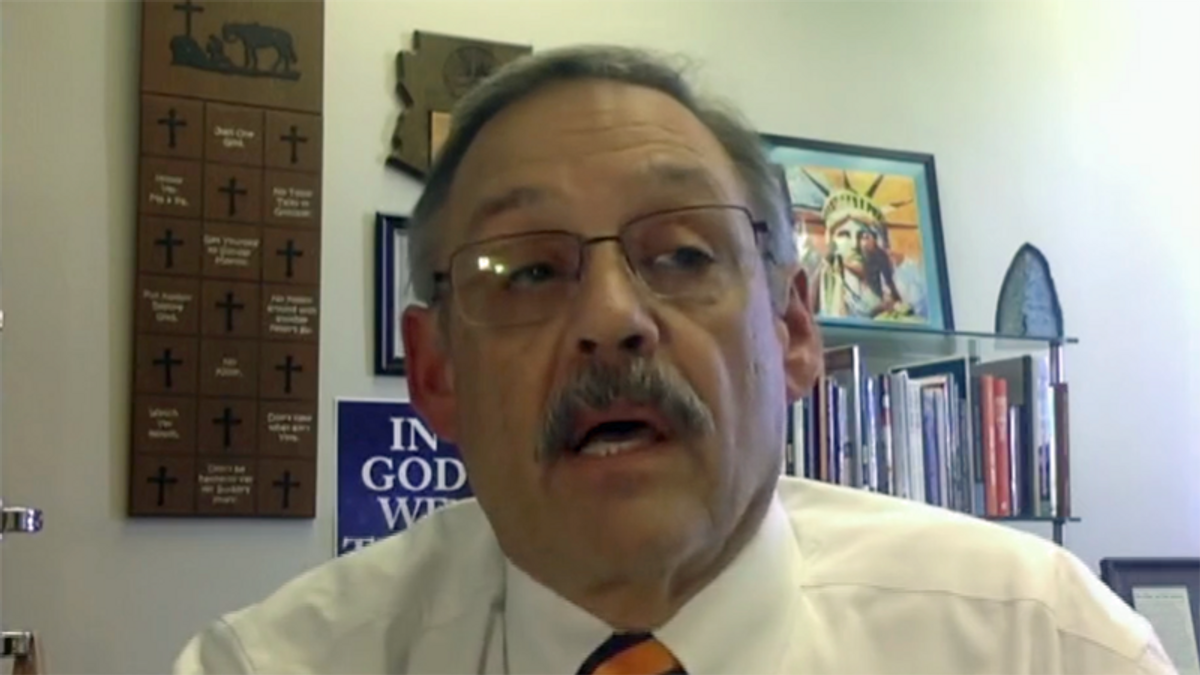 The aftermath of believing conspiracy theories is impacting one Arizona Republican as he faces a recall campaign while running for statewide office.

"State Rep. Mark Finchem has been in front of a lot of cameras in recent months — sometimes on purpose, and other times by accident. Those appearances might be starting to hurt him as he faces a recall effort, though Finchem is trying to use political alchemy to turn criticism into support," Tim Steller wrote for the Arizona Daily Star.

Finchem traveled to Washington, DC to attend the "Stop the Steal" rally by Trump supporters falsely claiming he had won the election. Although he is not a lawyer, the Trump campaign paid Finchem $6,037 for "legal consulting."

"Video that emerged on social media this week shows that Finchem was wrong when he said in January he was no closer than 500 yards to the Capitol during the insurrection on Jan. 6. He was much closer," Steller noted. "Another video that emerged this week shows Finchem echoing QAnon talking points about powerful pedophile networks, something he has not normally talked about in public."

The quality of the @GettyImages video was high enough that it allowed me to zoom in and capture these five screensh… https://t.co/XCyLwcGuhk
— Nick Martin (@Nick Martin) 1622583586.0

"No matter how much negative attention he receives, though, Finchem tries to use it as material to fire up his supporters in his run for the GOP nomination for Arizona secretary of state," Steller noted. "In his latest daily fundraising email, the subject line is 'They literally hate my guts.'"

Finchem failing for the "Big Lie" delusion about election fraud and the QAnon conspiracy follows him spreading conspiracy theories in 2018 about the MAGABomber who targeted perceived enemies of Donald Trump. Despite Finchem pushing the conspiracy theory that the attacks weren't real and were made up to frame conservatives, Trump supporter Cesar Sayoc was sentenced to 20 years in prison for sending 16 mail bombs.