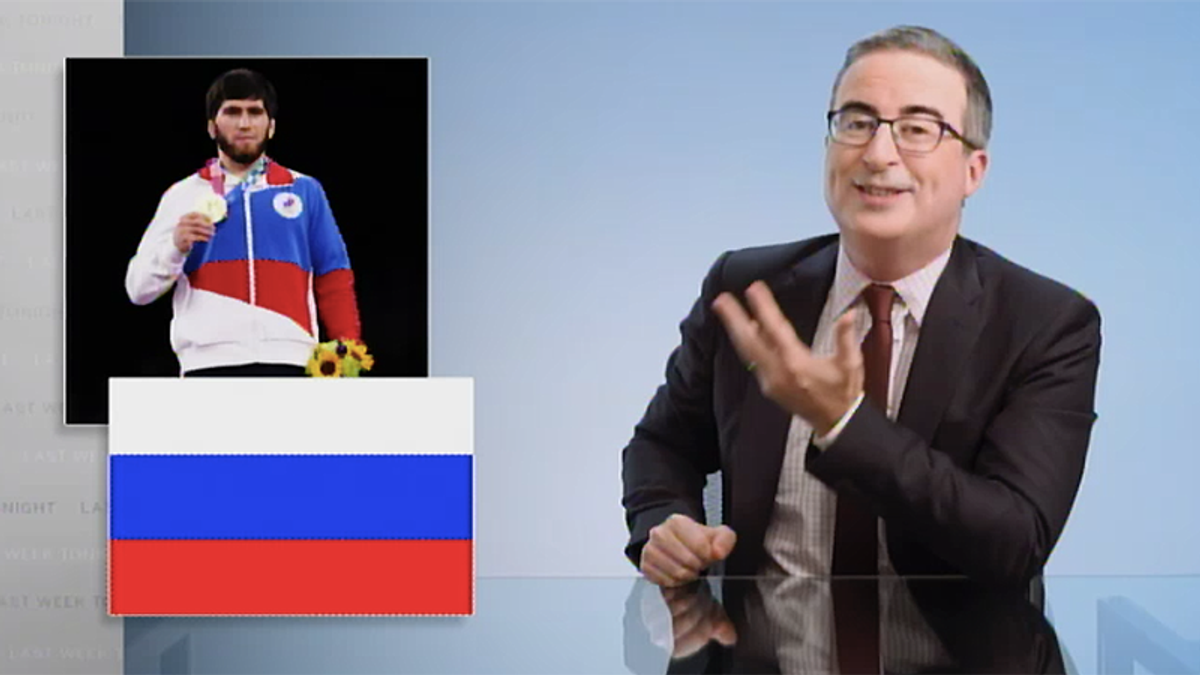 If you're wondering why Russia was called the Russian Olympic Committee during the Olympic Games in Tokyo, "Last Week Tonight" host John Oliver provided an explanation complete with humiliating videos of Russian athletes trying to pretend they weren't Russian.

Because of the state-sponsored doping scheme, Russia was banned from the games, so they came up with an alternative, simply changing the name of the "county" their athletes would compete under. No Russian anthem would be played. No Russian flag would be displayed, and the Russian athletes wouldn't be from Russia. It was absurd, as Oliver explained because Russia was still in the name of the "country" under which the athletes competed.

Oliver compared it to trying to claim that Harvey Weinstein has absolutely no affiliation with The Weinstein Company. All of it was absurd, as the Russian flag is pretty simplistic with three bands of white, blue and red. The jackets for the athletes featured bands of those colors. Their logo also displayed the bands of those colors. Ironically, however, the Russian anthem was swapped out for a song by Tchaikovsky, which Oliver described as more Russian than the actual Russian national anthem. Even the Russian athletes couldn't help but shake their head.

"In fact, there is no sound that is quintessentially Russian aside from a maybe an old man weeping uncontrollably eating a potato," said Oliver. It was supposed to be a punishment, but it ultimately ended up looking like the joke was on the Olympic committee.