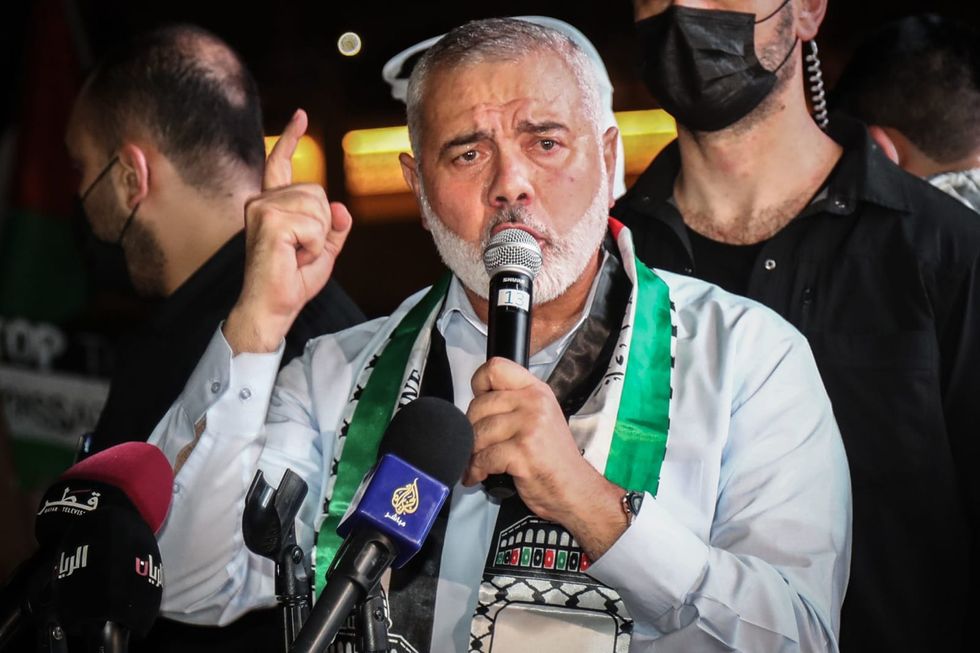 For his part, Haniyeh thanked Iran for its support and said, according to al-Alam news channel, that the fight against Israel was not just Hamas' but of the entire Islamic world.

The Islamist Hamas is classified as a terrorist organization by the EU, among others, and has control of the Gaza Strip. Militant Palestinians have been firing rockets at Israel from there for days.

The Israeli army has been reacting with airstrikes on Hamas targets in Gaza.

Earlier, the Iranian foreign minister had cancelled at short notice a visit to Austria planned for Saturday after the government in Vienna hoisted the Israeli flag on its buildings.

The main topic of the meeting would have been the negotiations under way in Vienna to renew the 2015 nuclear agreement with Iran.

Iran considers Israel its arch-enemy and supports anti-Israeli resistance groups, including Hamas and Islamic Jihad in Gaza and the Hezbollah militia in southern Lebanon.

The entire Iranian leadership had this week "strongly condemned Israel's brutal and cruel crimes" against the Palestinians.

Nevertheless, Iran is keeping a low profile in the latest conflict. One reason, according to observers, is the nuclear negotiations, which Tehran does not want to jeopardize.

The main issue there is the lifting of US sanctions, which have plunged Iran into an economic crisis over the past two years.