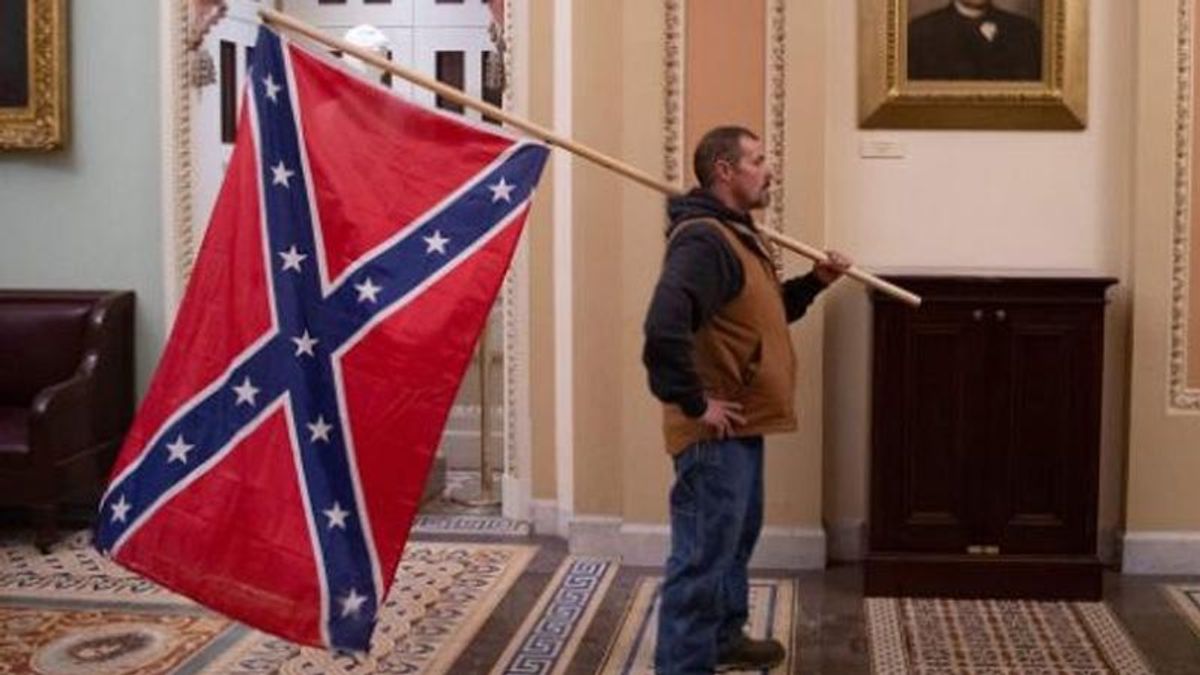 Much has been debated about the idea of "unity" proposed by President Joe Biden upon entering office on Jan. 20. Republicans have taken it to mean that Democrats must agree with them. Progressives have argued that they can't "unify" with domestic terrorists who attacked the U.S. Capitol or those who don't even believe Biden won the election.

It prompted Washington Post columnist Jennifer Rubin to ask how unity can be possible when the right "thrives on alienation."

Biden addressed the nation Monday night commemorating the 500,000 Americans who have died thus far from the coronavirus.

"It's not Democrats and Republicans who are dying from the virus. It's our fellow Americans," Biden said. "It's our neighbors and our friends — our mothers, our fathers, our sons, our daughters, husbands, wives. We have to fight this together, as one people, as the United States of America."

Rubin compared it to the calls from past presidents like Abraham Lincoln who tried to bring the United States back together during the Civil War. George W. Bush tried to bring the country together after the Sept. 11 attacks. Franklin Delano Roosevelt reminded Americans at his second inauguration that government can be used as a tool to help.

"It is when the United States is most stressed by war or tragedy or economic calamity that Americans re-learn the limits of rugged individualism and the pull-yourself-up-by-the-bootstraps mentality," wrote Rubin. "Texans can begin to think that, contrary to their former governor Rick Perry's admonition, it would be better to accept government regulation than experience deadly blackouts. Half of Republicans, according to polls, can recognize we need a bold, extensive rescue plan because deregulation, tax cuts and cuts in unemployment benefits are cruel and ineffective responses to the twin health and economic calamities."

But Biden faces the unique challenge that while he's calling for bipartisanship, the other side is turning into a party that is only "interested in blowing things up," described Wisconsin Republican Party officials.

"Moreover, in calls for unity, presidents ask us to be good neighbors, to observe the Golden Rule and to act with generosity toward the least fortunate, Rubin said, citing Roosevelt and Bush again.

Today that means calling MAGA supporters to "stop playing the victim" and "recognize fellow Americans who really are in need."

"It is far from clear that Biden can summon the better angels of those seeped in the toxic brew of right-wing lies and White grievance," Rubin closed. "Sadly, he may need to focus just on the two-thirds of the country willing to serve a higher purpose than themselves."