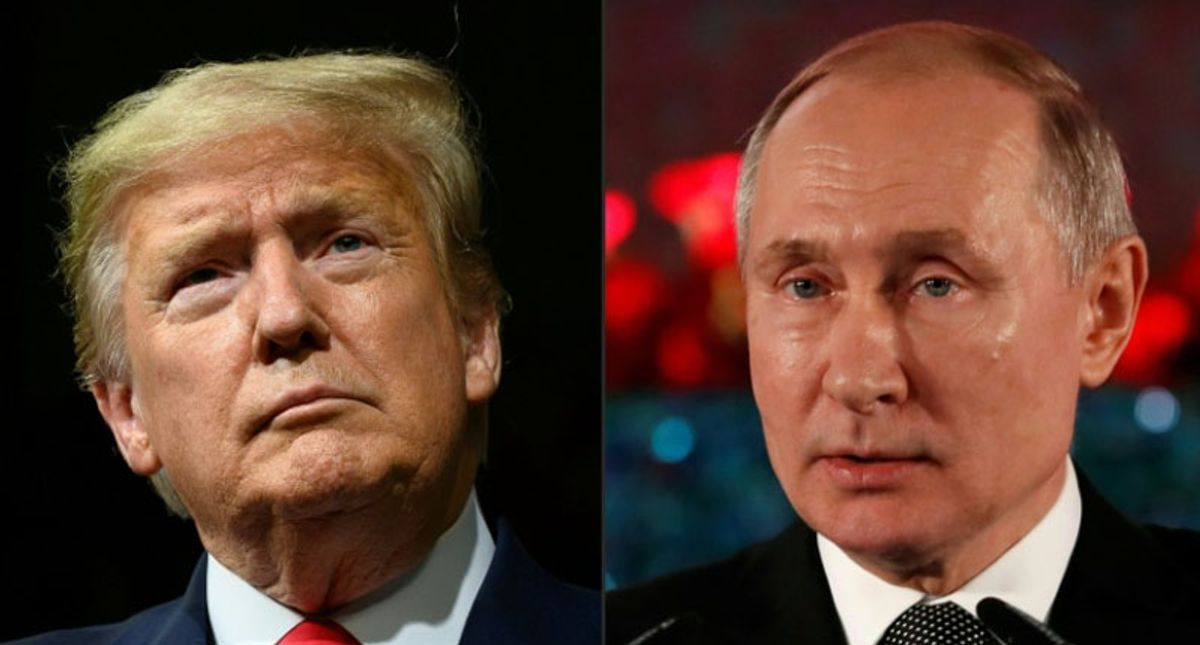 The Russian translator who was the only American to hear several secret conversations between President Donald Trump and President Vladimir Putin would of course never expose what the two world leaders said in private, but she did reveal one disturbing fact about their relationship.

Putin attacked America in the years leading up to the 2016 presidential election, helped Trump win the White House, and has benefitted from his mysterious relationship with the billionaire real-estate mogul turned disgraced and twice-impeached president. Russia has since attacked the U.S., including with its cash-for killing U.S. soldiers bounty program, and its continued attacks on American elections.

Russia is considered America's enemy by most national security experts, but Trump never treated it as an enemy. His highly-criticized meeting with Putin in Helsinki, during which he said he had no reason to believe Russia attacked the 2016 election, made that clear.

Trump has been covering for Putin for years, including this despicable exchange in Helsinki. pic.twitter.com/9CfcaE6ezC
— Matt Rogers 🗳 (@Politidope) June 29, 2020

Russian translator Marina Gross, a longtime State Dept. employee, was "the interpreter who was the only other American in the room for Trump and Putin's 1-on-1 meeting in Helsinki," Business Insider reported in 2019.

On Tuesday Politico reported the Biden administration will be able to access the secret records Trump and his national security team hid in top-secret classified servers. Among those records are notes of his calls and meetings with Putin.

What the Biden team finds may be disturbing.

"Trump's interactions with Putin and other Russian officials were certainly far from the normally carefully choreographed talks between world leaders — Trump early on in his tenure went as far as to disclose classified information to Russian diplomats in the Oval Office," Politico noted.

For years Trump wanted to build a Trump Tower Moscow, and was a lot further along than most had believed when he announced his run for president, Buzzfeed has reported. And according to his now-former attorney Michael Cohen, was working on that deal even when he was a Republican presidential candidate in June of 2016, the month before being officially declared as his party's nominee.

Trump may have had secret deals with Putin, or agreements that the Biden team will soon uncover.

There is one clue Marina Gross did share that potentially makes those records important and possibly damaging to the former president.

"Marina Gross," Politico says, "who interpreted many of Trump's calls and meetings with Putin, told associates that listening to their conversations often felt like eavesdropping on two friends chatting in a bar, according to one former official."

Hardly how the leader of the free world would be expected to deal with the head of the regime some have called a state sponsor of terrorism.