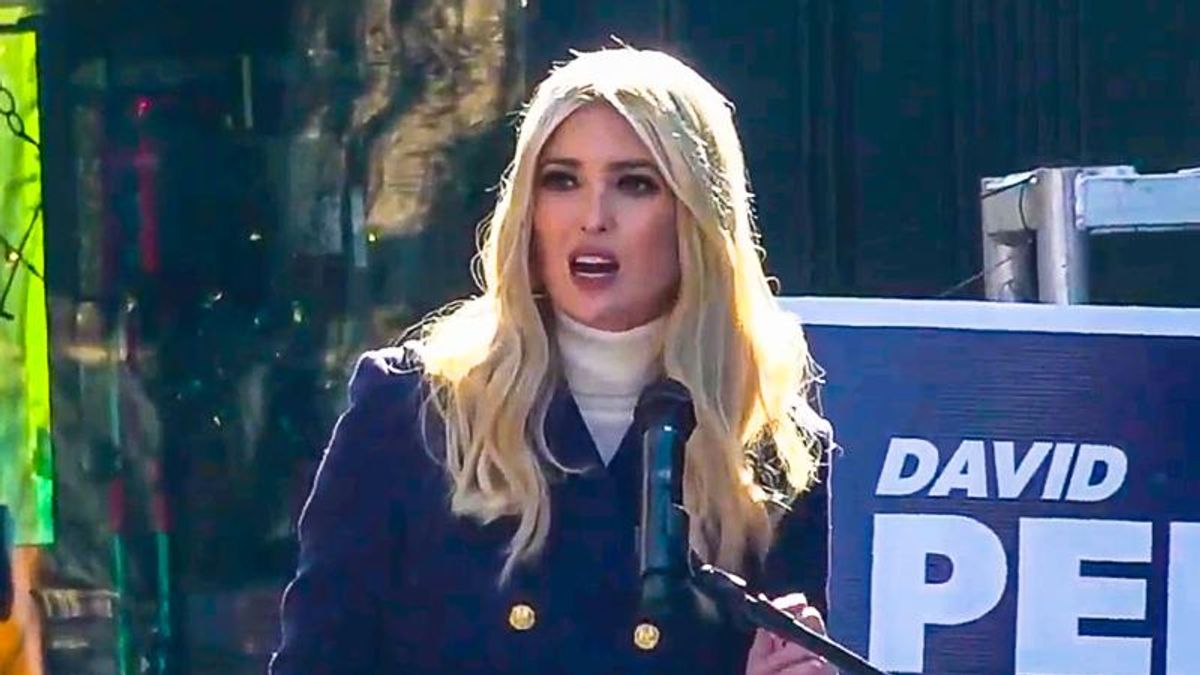 White House adviser Ivanka Trump on Monday encouraged supporters to "fight for Trump" at a rally in Georgia for Republican Senators Kelly Loeffler and David Perdue.

"Georgia will decide whether our children will grow up under an oppressive government or whether America will remain the land of the free," Trump said at the rally in Milton. "I think we know what Georgia's going to decide."

"My father, our president, is the voice in Washington for the forgotten men and women of this nation," she continued. "Far too many Americans and Georgians feel that their voice has been silenced and that their vote has been cancelled."

Trump added: "We must send David and Kelly back to the Senate to defend election integrity and protect American democracy and fight for Trump."