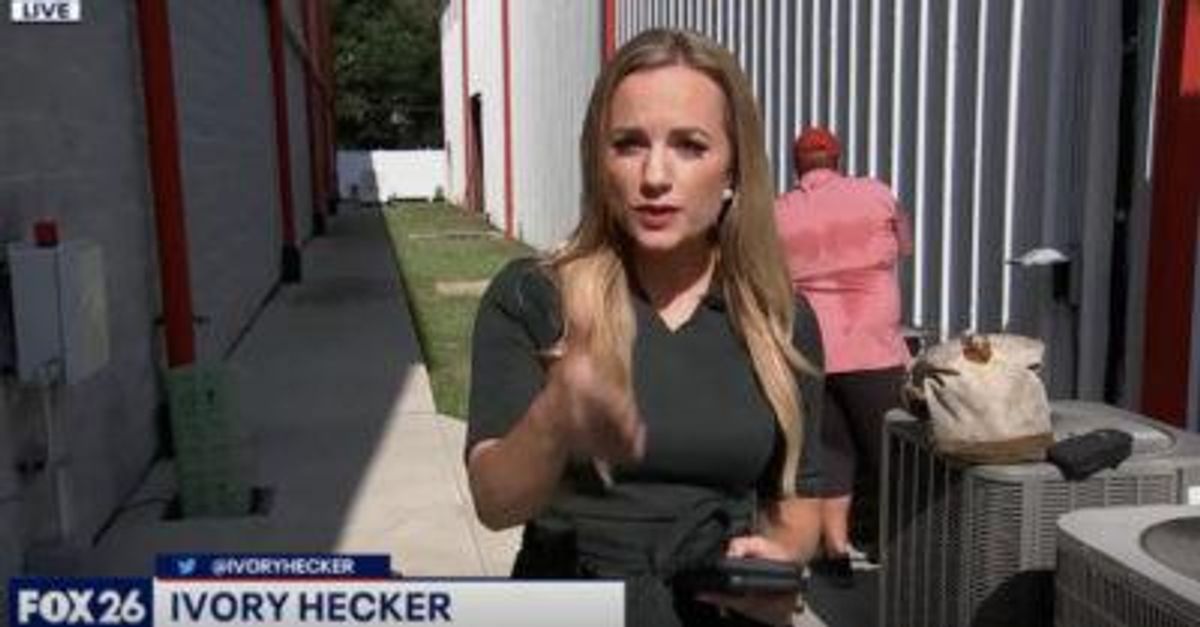 Fox 26 Houston reporter Ivory Hecker announced Tuesday she has been fired after announcing live on-air during an on-scene segment that her bosses had been "muzzling" her and she had given secretly recorded audio and video to activists at Project Veritas, a right-wing group that has repeatedly been accused of deceptively editing videos in an effort to discredit media outlets and progressive groups.

The Daily Beast reports that in a phone call with Hecker "she said that she had just been terminated by the Fox outlet."

But Hecker seems glad to go.

“I have been longing to part ways with this strange, slightly unhinged corporation since last August when I realized what they were," she told The Daily Beast. “The piece with Project Veritas doesn't touch what they did. Fox 26 knows I'm fearless."

She added: “I have zero interest in working for another corporation. They all toe the same line."

It's unclear what "line" that is but it would seem she would have been more comfortable at another "unhinged corporation," possibly OANN.