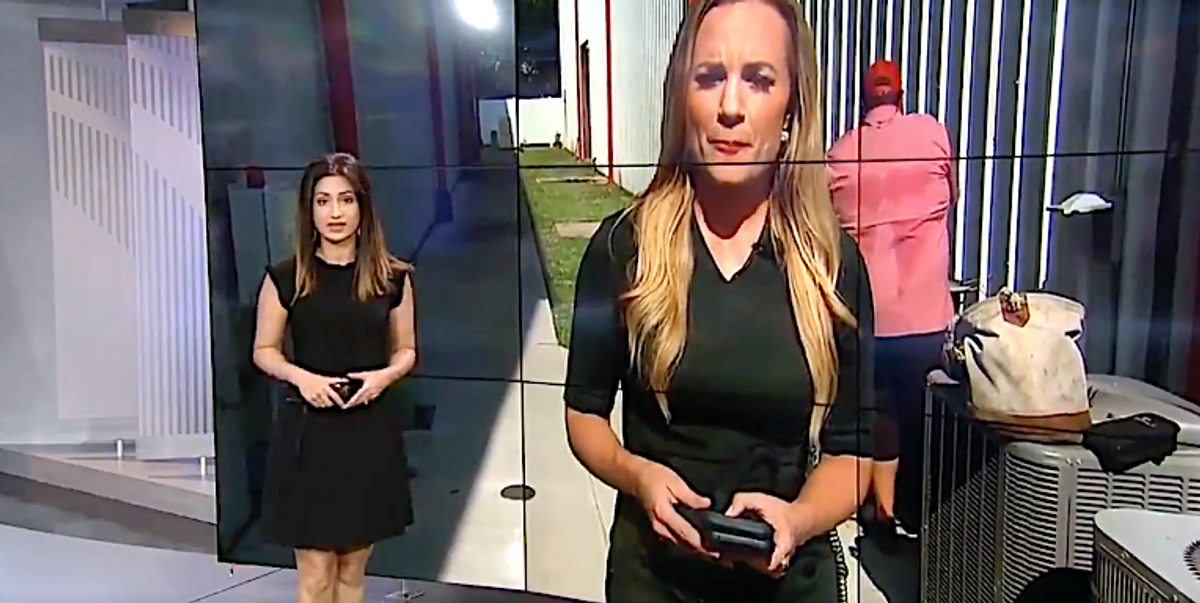 "Before we get to that story, I want to let you the viewers know that [Fox Corporation] has been muzzling me to keep certain information from you, the viewers — and from that I'm gathering, I'm not the only reporter being subjected to this — I'm going to be releasing some recordings about what goes on behind the scenes at Fox, because it applies to you, the viewers," she said.

"I found a non-profit journalism group called Project Veritas who's gonna help put that out tomorrow, so tune into them ," she added before going on to report on the heat wave story.

The fact that Hecker was planning on handing over her recordings to Project Veritas -- a group that has been accused of deceptive editing --- had conservatives on Twitter excited, giving them hope that some kind of reckoning is in store for the Fox News Corporation. Without even knowing what information Hecker has, some are already praising her as a "whistleblower."

Project Veritas is about to crush the Murdochs and Fox/Newscorp Corporate. And it's because of their track record… https://t.co/DLqOynwezG
— John Cardillo (@John Cardillo) 1623718703.0

Ivory Hecker accuses Fox of muzzling her, and says that Project Veritas will tell her story tomorrow. Is anyone su… https://t.co/fIWQZWHsgL
— First Words (@First Words) 1623725280.0