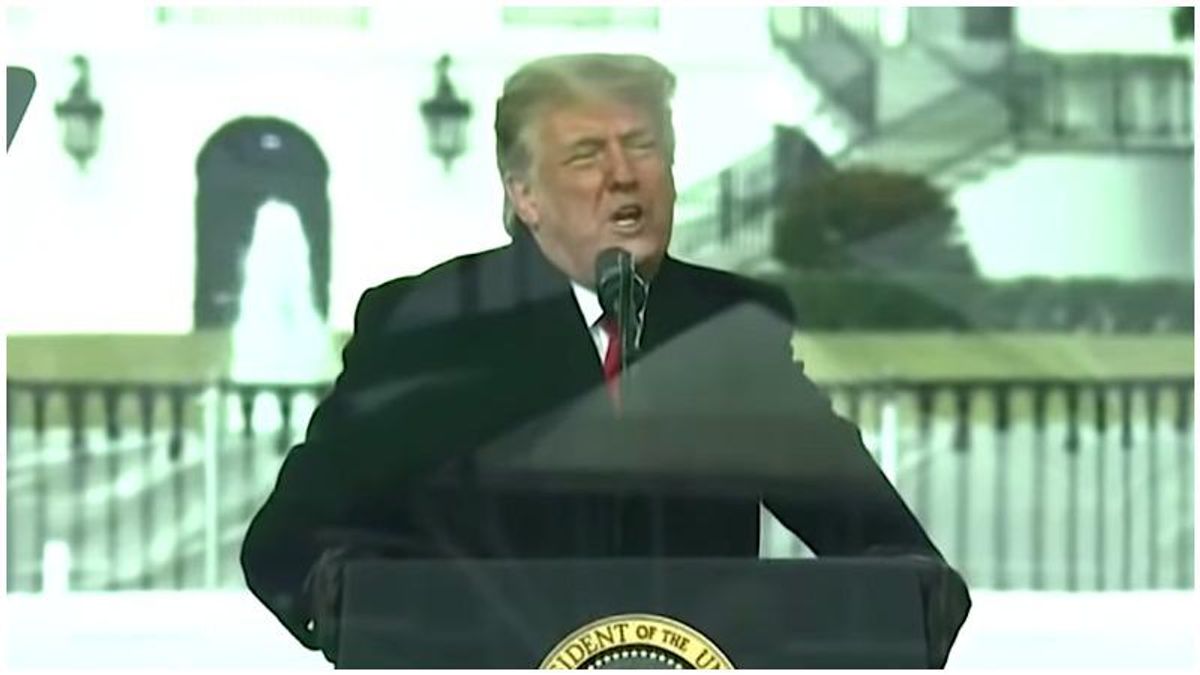 "[T]he Court concludes that clear and convincing evidence supports a finding that no condition or combination of conditions will reasonably assure the safety of the community," Sullivan explains in the opinion. "Accordingly, the Court orders that Mr. Whitton be detained pending trial."

Sullivan goes on to cite recent statements made by Trump to bolster his point.

"Former President Donald J. Trump continues to make forceful public comments about the 'stolen election,' chastising individuals who did not reject the supposedly illegitimate results that put the current administration in place," the opinion states, noting that Trump had issued an April 4 statement about a "rigged" presidential election.

Sullivan adds: "As was true in Mr. [Jeffrey Sabol's] case, such comments reflect the continued threat posed by individuals like Mr. Whitton, who has demonstrated that he is willing and able to engage in extreme and terrifying levels of violence against law enforcement with a chilling disregard for the rule of law and the lives of law enforcement, seemingly based on mistaken beliefs about the illegitimacy of the current administration. In this regard, Mr. Whitton, like Mr. Sabol, is distinguishable from other Capitol Riot defendants who displayed a dangerous distain for democracy and the rule of law on January 6, 2021, but who did not engage in violence... or who did not direct their 'forceful conduct' toward inflicting injury."