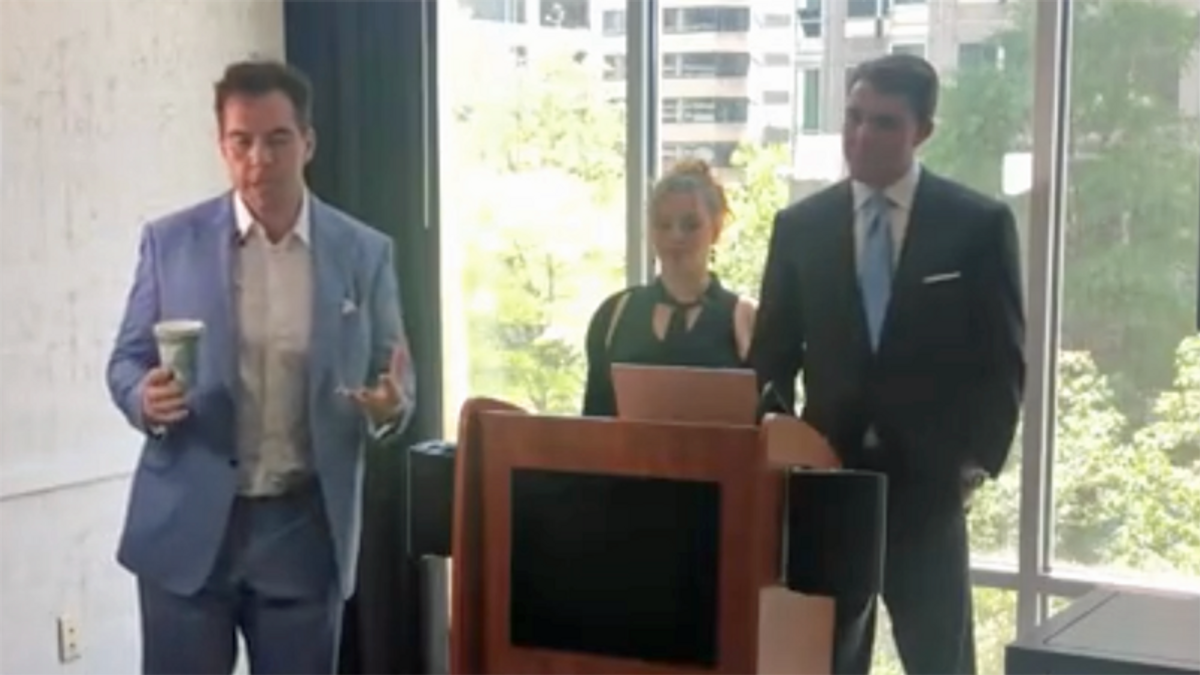 Blundering right-wing activists and smear merchants Jacob Wohl and Jack Burkman held a press conference at the Hyatt Centric in Arlington, Virginia, on Thursday, where they launched meritless allegations against Trump attorney Rudy Giuliani and Rep. Matt Gaetz, the embattled Florida Republican. Since both Gaetz and Giuliani face abundant legal difficulties in the real world, the fact that Wohl and Burkman had nothing to offer but spurious rumors was almost remarkable in itself. But that was not the duo's only largest problem. Now Burkman and Wohl have been banned from holding press events at the Arlington Hyatt, a hotel official told Salon.

A manager of the Hyatt Centric property said that the venue's operating team had no knowledge of Wohl and Burkman's extensive past history of scams and schemes, and that the two right-wing operatives had told hotel staff they planned to hold a "book signing," not a press conference. "I'm upset they lied to me," the manager told Salon.

The manager said that Burkman "got into my face and demanded to rent a room" during a personal visit to the hotel several days earlier. According to the hotel employee, Burkman brought a bundle of cash with him and asked the manager to take it on the spot as payment for a conference room.

Asked why he and Wohl had lied to hotel staff about holding a "book signing," Burkman told Salon: "I never lie. I only tell the truth," before describing himself as a "beacon" for the truth. Burkman and Wohl currently face felony charges in several states for a robocall scheme apparently designed to discourage voting by mail and depress voter turnout in Black neighborhoods during the 2020 election.

During the roughly 50-minute press conference, Wohl and Burkman claimed to have damaging material on both Giuliani and Gaetz. But their muddy allegations could be interpreted as an effort to draw attention away from credible reporting on allegations of sexual misconduct stemming from Gaetz's interactions with numerous women, some of them purportedly underage at the time.

"This is a sad day. It's not the kind of thing we like to do," Burkman said in his opening remarks. Given the number of times he and Wohl have held similar events, that claim seems implausible.

As the press conference wrapped up, a hotel manager told Salon that Wohl and Burkman would be permanently banned from holding events at the Hyatt Centric. "Today's it," that manager said, evidently frustrated.

This isn't the first time Wohl and Burkman have run into the problem of where to host their press conferences. They have often hosted events at or outside Burkman's home in Arlington, but neighbors have become increasingly unhappy with the noise and crowds those gatherings foster.

"I will move to a fucking hotel," an angry neighbor declared in October of 2019 after one of Wohl and Burkman's press conferences.

You can watch the entire dubious Thursday press conference below, via YouTube: