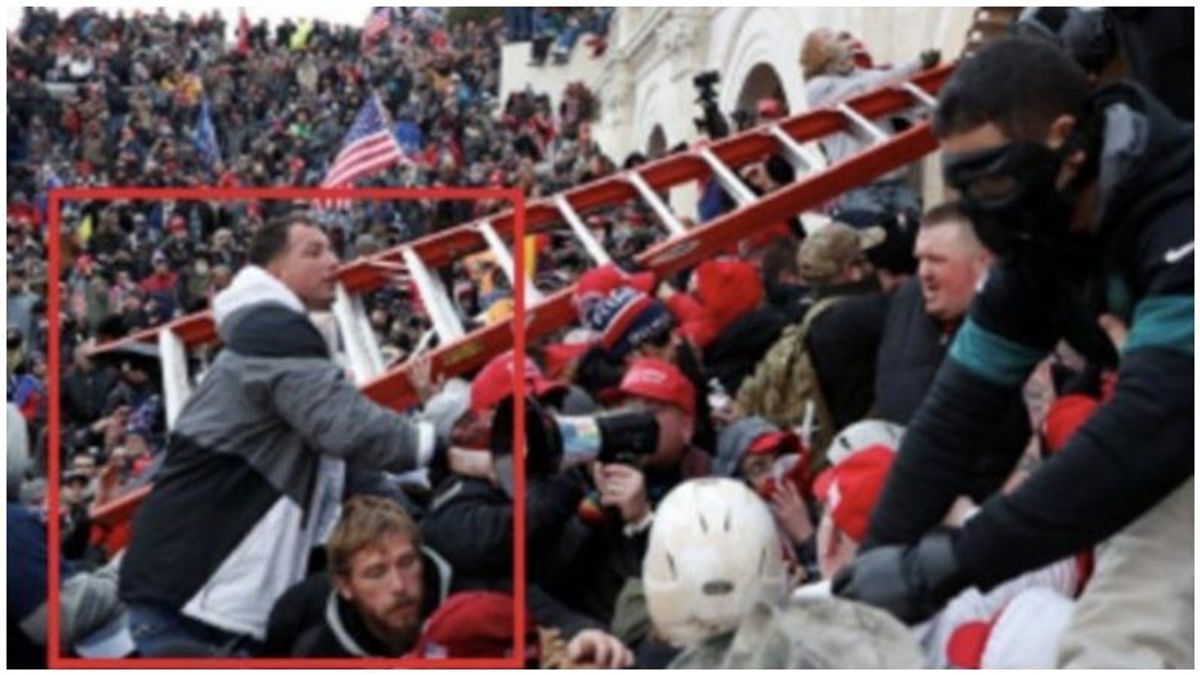 A man who lifted up his shirt while participating in the riot at the U.S. Capitol on Jan. 6 was arrested after the tattoo on his stomach allowed authorities to identify him, HuffPost reports.

In police body cam video from that day, McGrew can be seen lifting his shirt to reveal a tattoo with the words "KING JAMES" emblazoned across his stomach. Authorities found a booking photo on file of James that shows the same tattoo.

According to a police affidavit, McGrew aggressively confronted police during the riot, shouting, "We're coming in here, whether you like it or not," and "Fight with us, not against us."