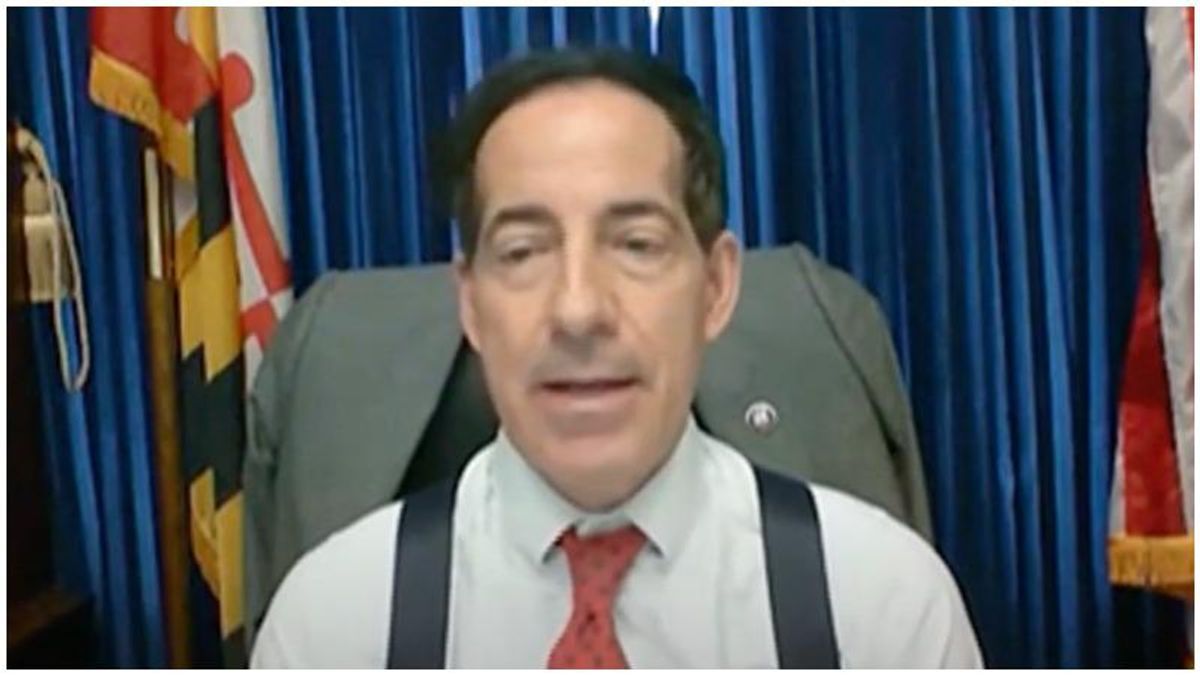 During a House hearing this Friday tasked with "saving the free and diverse press," Ohio GOP Rep. Jim Jordan railed against "big tech, big media, and big government" and their alleged censorship of conservative voices.

When Jordan's time came to a close, Rep. Jamie Raskin (D-MD) said that while the right-wing rants against "cancel culture," there's a whole litany of people and entities that right-wing conservatives "have tried to censure or cancel privately and publicly or defund or boycott."

"Here's some of them: Congresswoman Liz Cheney, who they tried to kick off her chairmanship of the House Republican Conference, Senator Bill Cassidy from Louisiana, Senator Richard Burr -- any of the 17 Republican members of Congress who voted to impeach and convict Donald Trump for inciting violent insurrection against the Union," Raskin said.