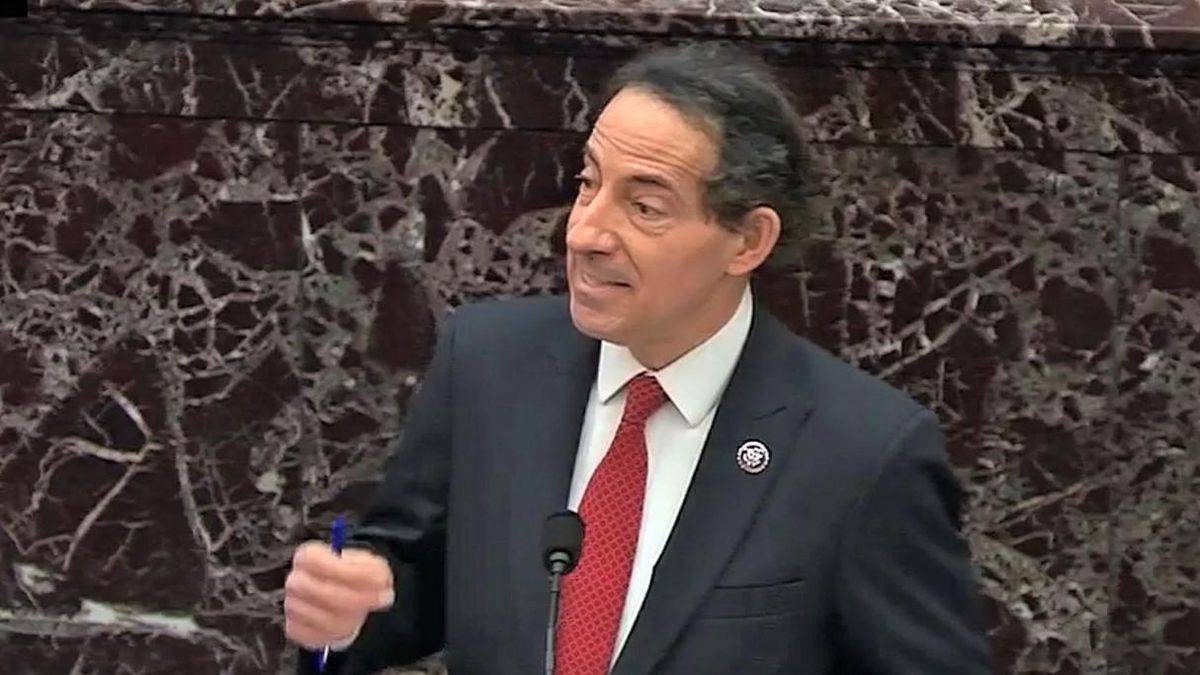 "We could have lost it all," he said, talking about the attack on the Capitol. "There were people calling their children to say goodbye."

Raskin said that he would not censor the emotion that people experienced during the attack while presenting a "lawyerly case."

He understood the problems that Americans faced is that we've spent four years banning "critical thinking, science and reason" over "propaganda. It's a profound challenge to democracy."

Rubin noted that Raskin held back about questions on Trump's eventual prosecution.

"I believe in prosecutorial independence," Raskin said. He remarked that such a thing "was another casualty of the Trump administration." Still, "there are a lot of criminal statutes being used" to prosecute Capitol attackers who went from the Trump rally to the Capitol.

"He is a profile in absolute cowardice," Raskin also said. "He betrayed the Constitution, the country and his people."

Raskin also explained that the decision to put Vice President Mike Pence at the center of their argument wasn't part of a big strategy, it just happened that way.

"There was a method to all [his] madness. This was the counting of the electoral votes," Raskin said. Trump assumed that if he could convince Pence to throw the vote, it would somehow hand him the election and "he could deny the election to Joe Biden."

If the election outcome went to the House, Trump would then "declare martial law" to put down the violence. "Vice President Pence became the linchpin" in that plot. That's why Trump told Pence that morning: "You can either go down in history as a patriot" or obviously as a victim to the attack.

Read the rest of the interview at the Washington Post.