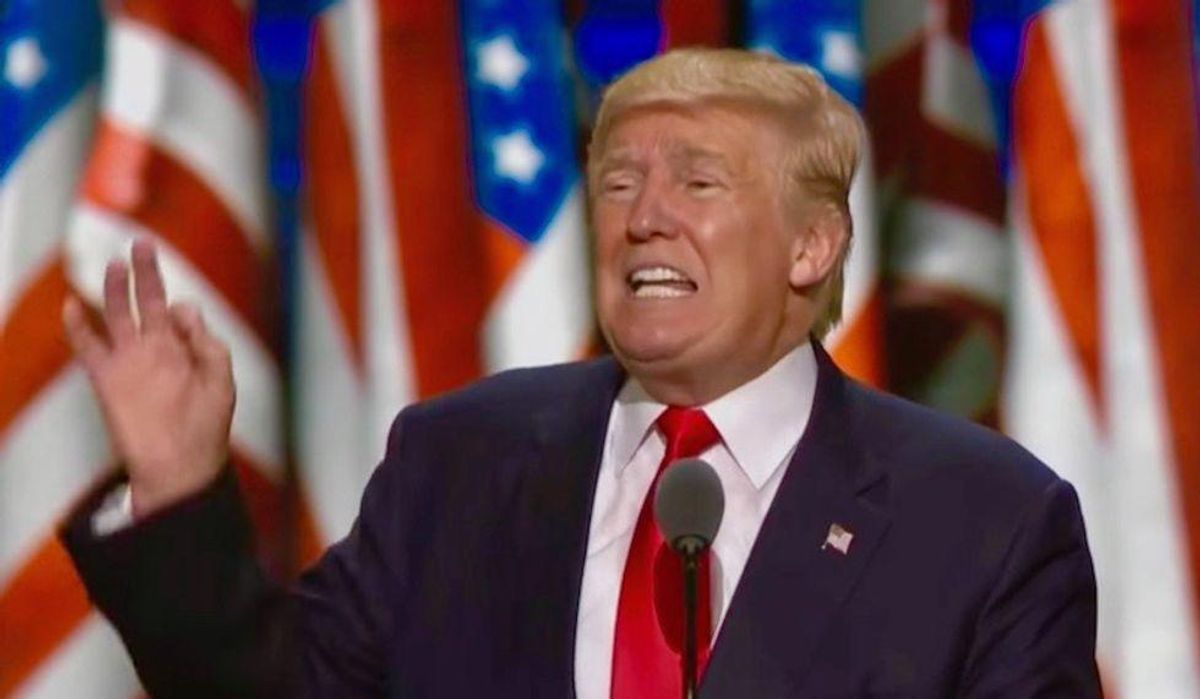 One of Donald Trump's biggest allies in the state of Ohio is facing blowback from the twice-impeached one-term former president because she took too long to condemn a Republican who voted in favor of impeachment.

Politico reports that Trump so far has pointedly refused to endorse the Senate campaign of Jane Timken, a diehard MAGA loyalist who helped deliver the Buckeye State to Trump in 2020 during her tenure as the Ohio GOP's state party chairwoman.

The issue for Timken is that she waited too long to deliver a scorched-Earth condemnation of Rep. Anthony Gonzalez (R-OH) over his vote to impeach Trump in the House of Representatives earlier this year.

Even though she eventually called on Gonzalez to resign for his vote, Timken has still not been forgiven for initially calling him a "good person" in the wake of his impeachment vote.

During a recent meeting, reports Politico, "Trump reminded Timken -- who served one term as his handpicked state party chair -- that she didn't initially condemn Gonzalez for his impeachment vote."

"She was nothing but completely loyal and supportive of him, and she was doing her job as party chair," he says. "But that's not good enough. It's not about doing your job. It's about being loyal to him 100 percent all the time."