'Like OJ looking for the real killer': Republicans' bid to conduct their own 1/6 investigation gets scorched on Twitter 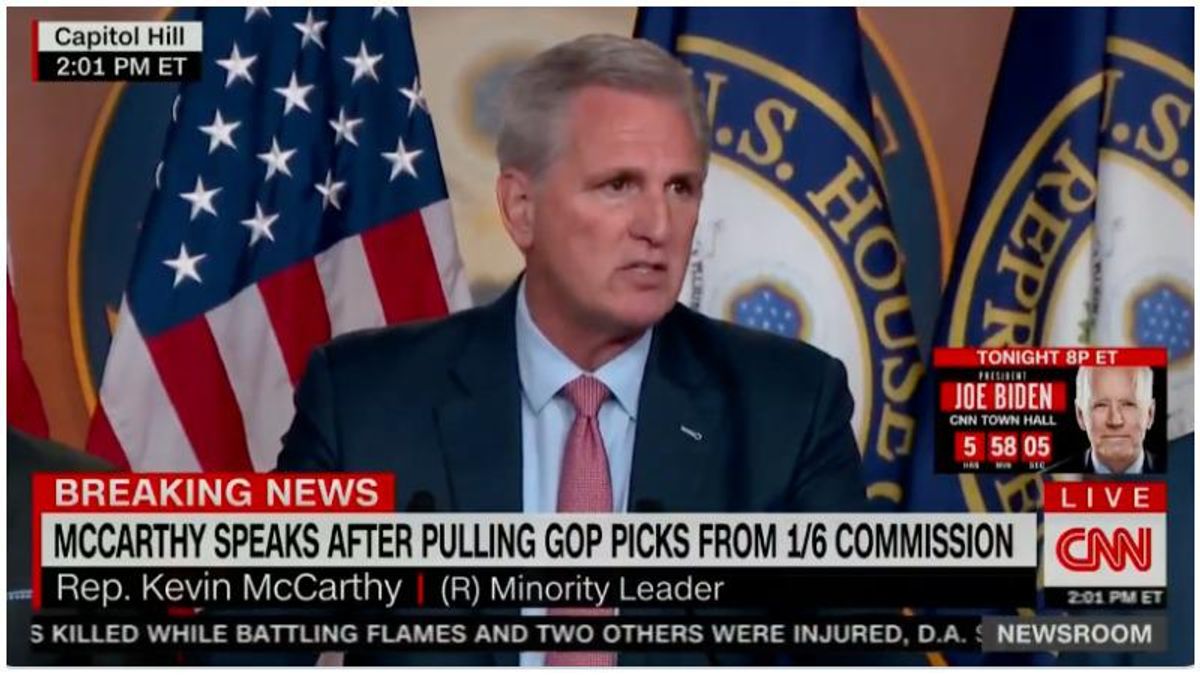 House Republicans are now balking at the notion of participating in the House's investigation into the riot at the U.S. Capitol on Jan. 6 after House Speaker Nancy Pelosi rejected two of the five Republicans that House Minority Leader Kevin McCarthy had chosen to participate in the committee.

During a recent press conference, McCarthy said Republicans will conduct their own investigation into Jan. 6.

"We have law enforcement, we have military, we have doctors, we have people from all walks of life -- they want to know the answer, the American people deserve that," he said.

Kevin McCarthy says that Republicans will run their own investigation into the insurrection instigated by the leade… https://t.co/Gv7eBf1je9
— Aaron Rupar (@Aaron Rupar) 1626890644.0

Unsurprisingly, the GOP's critics on Twitter were a bit skeptical of their offer to investigate themselves.