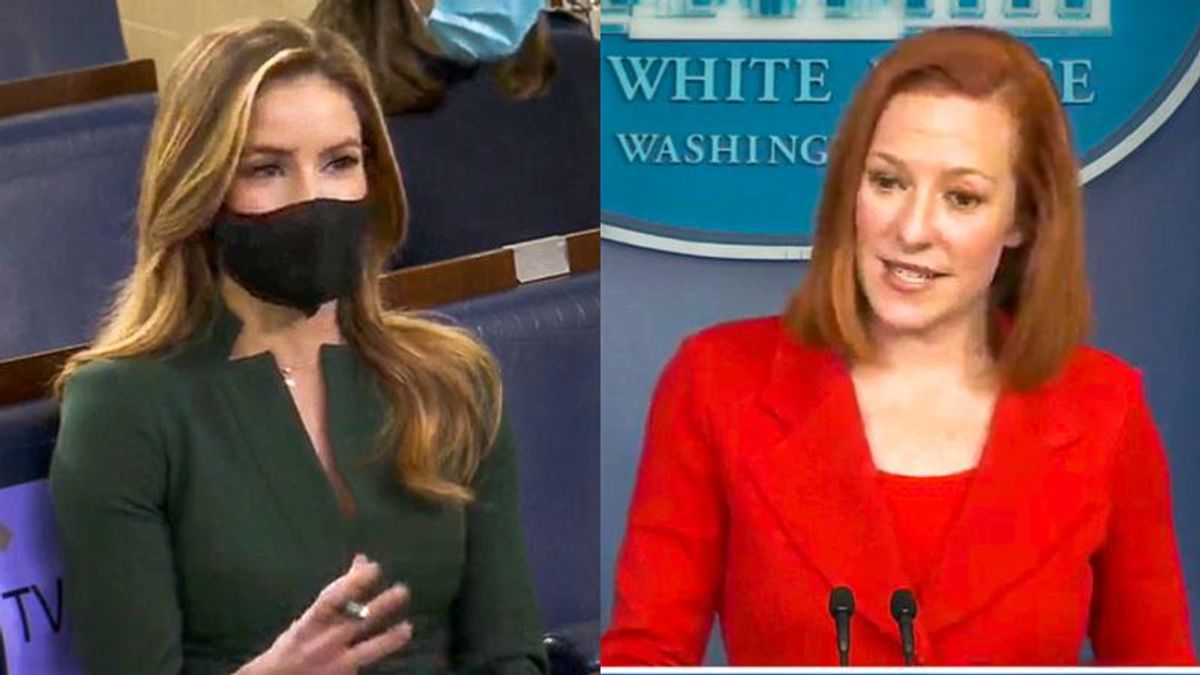 White House Press Secretary Jen Psaki appeared to be prepared on Tuesday after Fox News correspondent Kristin Fisher used her time at the briefing to ask about Dr. Seuss.

Throughout the day on Tuesday, Fox News aired segments to express outrage at a decision by Dr. Seuss Enterprises to cease the publication of six books that have insensitive or racist content.

Fisher brought the Fox News obsession into the briefing room Tuesday afternoon by pointing out that the Biden administration had omitted Dr. Seuss from its declaration on National Read Across America Day.

"It's also Dr. Seuss's birthday," Fisher noted. "Both former Presidents Trump and Obama mentioned Dr. Seuss in their Read Across America Day proclamations, but President Biden did not. Why not?"

"The proclamation was written by the Department of Education," Psaki replied. "But you're right, Read Across America Day, which has only existed for a short period of time, elevates and celebrates a love of reading among our nation's youngest leaders and the day is also a chance to celebrate diverse authors whose work and lived experience reflect the diversity of our country. And that's what they hoped to do this year."

"It is especially important that we ensure that all children can see themselves represented and celebrated in the books that they read," she added.

Fisher pressed: "Does the omission have anything to do with the controversy about the lack of diverse characters in the authors' books?"

"It is important that children of all backgrounds see themselves in the children's books that they read," Psaki repeated.