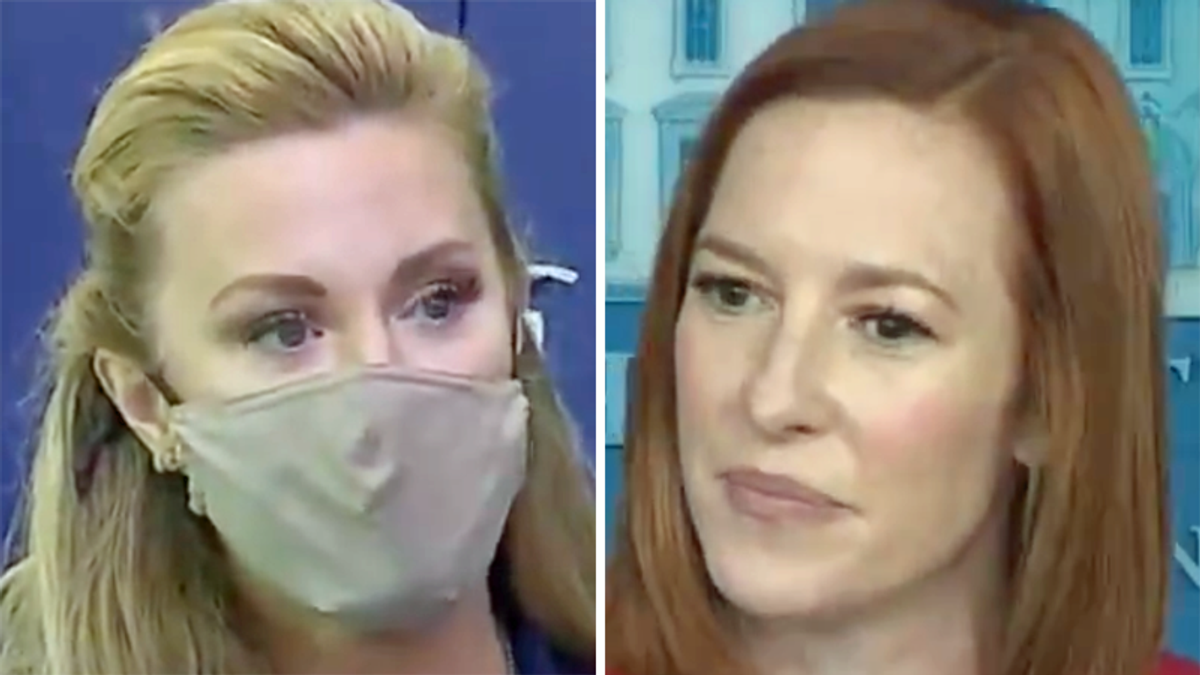 "You've heard that a lot in the media," Robinson replied.

"Who in the media," Psaki asked.

Jen Psaki shoots down an attempt by Emerald Robinson of Newsmax to get her to respond to a loaded “many people are… https://t.co/os33GXZmNc
— Aaron Rupar (@Aaron Rupar)1620409618.0