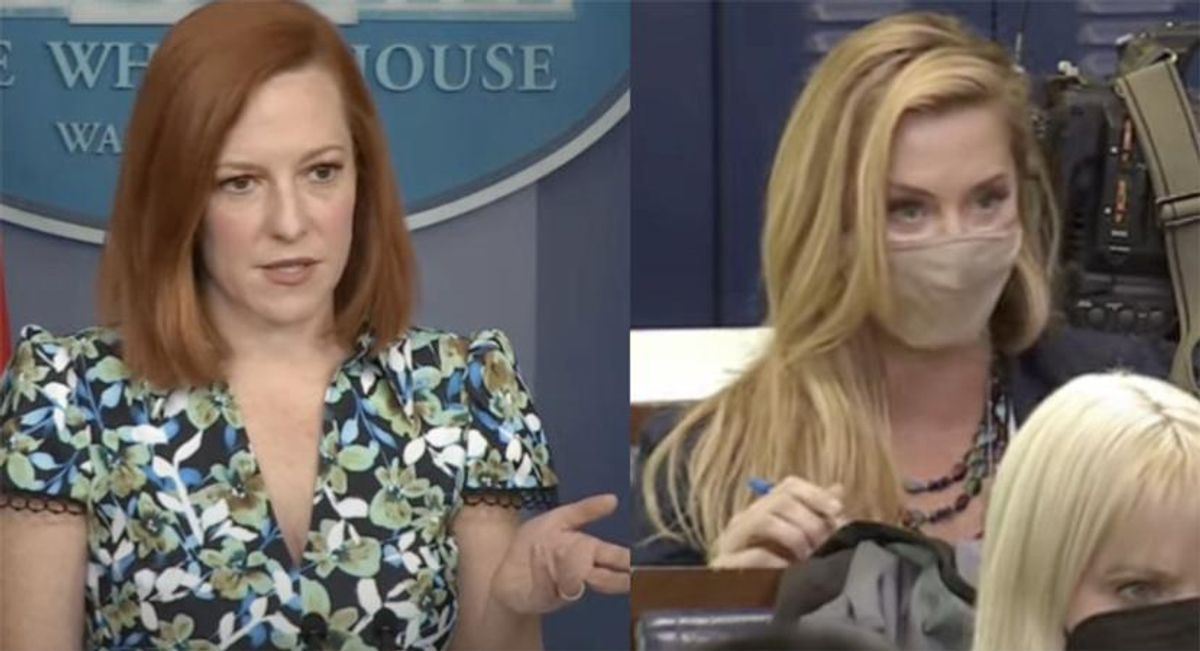 She was confirmed for her current post by a highly partisan U.S. Senate in a strongly bipartisan 78–20 vote.

Newsmax White House Correspondent Emerald Robinson suggested President Joe Biden should bow down to any criticism or attacks from China, telling Psaki that Ambassador Linda Thomas-Greenfield "essentially said that white supremacy is woven into our founding documents and principles."

"This statement," Robinson claimed, "is getting widely criticized as essentially parroting Chinese Communist Party talking points. So is the President going to remove her from her position as the representative before that body to promote United States values?"

Psaki, calmly, told her no.

"Is the President going to remove an African American woman with decades of experience in the Foreign Service who is widely respected around the world from her position as Ambassador to the UN? He is not," Psaki replied. "He is proud to have her in that position. She is not only qualified, he believes she is exactly the right person in that role at this moment in time. I have not seen her comments, I will say that there's no question that there has been a history of institutional racism in this country, and that doesn't require the UN ambassador to confirm that."

Robinson, apparently trying to shape U.S. foreign policy from the press briefing room, complained that Ambassador Thomas-Greenfield remarks are "essentially the same lecture though that the Chinese delegation gave Secretary Blinken in Alaska last month. So does the President think our founding documents are racist?"

Undeterred, Psaki again responded, saying: "I would say that, I will, I will leave my comments to speak for themselves, and certainly I think most people recognize the history of systemic racism in our country, and she was speaking to that."

As most Americans know, the founding documents are inherently racist, including but hardly limited to allowing slavery and counting slaves as only three-fifths of a person.

"Is POTUS going to remove an African American woman w/ decades of experience in the foreign service who's widely re… https://t.co/QnJTcunoff
— Aaron Rupar (@Aaron Rupar)1618587851.0