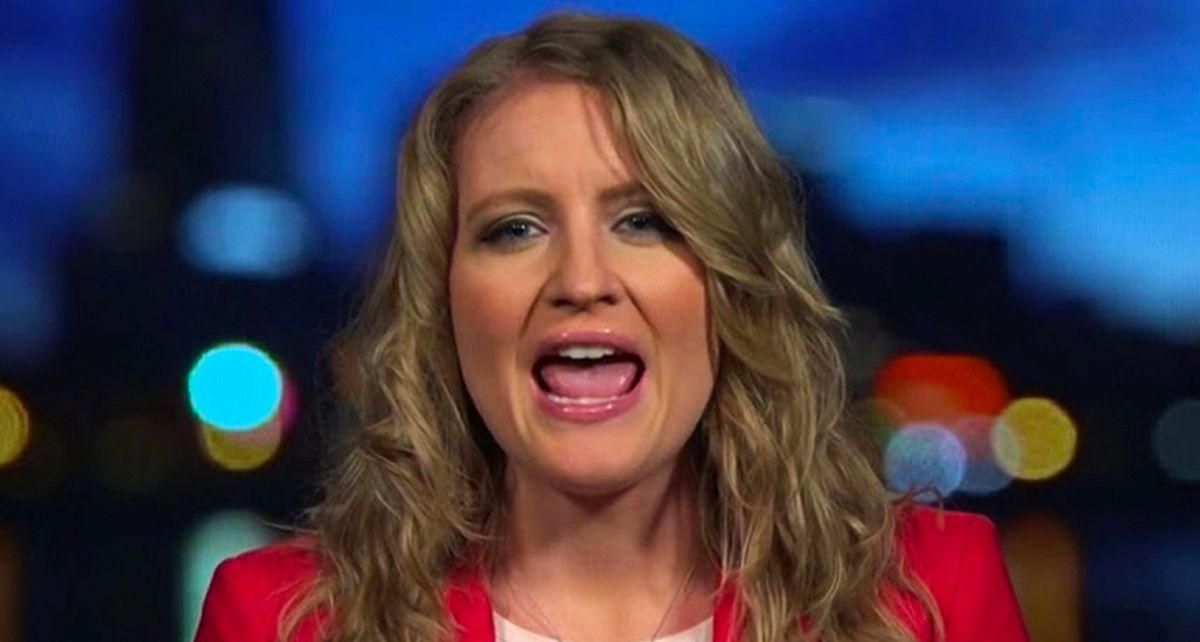 Attorney Jenna Ellis, who represented Donald Trump during the 2020 election, was mocked over the weekend after she suggested that the former president had protected America from a Chinese rocket by creating Space Force.

"Aren't you glad Trump gave us a Space Force?" Ellis asked on Saturday, referring to a Chinese rocket that was falling back to Earth.

Ellis's followers quickly noted that the Air Force's Space Command had existed years before Trump ordered the creation of Space Force, a new branch of the U.S. military.

"We already had US Space Command as part of the US Air Force. Jenna probably doesn't know that," one commenter wrote.

"They were instrumental in not being able to accurately predict when or where it was going to touch down! #MAGA," another person replied.

"One of the more unintentionally hilarious tweets of the evening," another Twitter user said.

Read some of the comments below.

Search for Air Force Space Command and get back to me. #JennaEllisIsStupid
— PatriotTakes 🇺🇸 (@patriottakes) May 9, 2021

Jenna doesn't know a whole lot of basic things that she should know.
— Sir Ramble Lot (@amblingrambler) May 9, 2021

They were instrumental in not being able to accurately predict when or where it was going to touch down! #MAGA
— fluffernutter (@fluffer09954222) May 9, 2021

trump bribed Tuberville and Mo into relocating the command center from CO to AL to aid in his insurrection. That's the most work trump actually put into his Space Farce
— Tina -#VoteBlue (@trcfwtt) May 9, 2021

Have they even gotten any vehicles yet? What are they going to do? Intercept it with a 2001 Honda Accord?
— Marcellus King (@korrupted) May 9, 2021

The very same Space Force that has no clue or any information about the Chinese rocket that just crash-landed in the Indian Ocean?
— Charles Kuyper (@CharlesLKuyper) May 9, 2021

What we have now is more government. We already had the Air Force which handled those duties.
— James Haller 🔭🐟🚶🏻♂️🇺🇸 (@astrofisherman) May 9, 2021

Oh because what did the space farce do exactly?
— Winston Smith 🇺🇸❤️💙🇺🇸 (@gaslightingus2) May 9, 2021

They literally just broke out Air Force Space Command into a separate force, Jenna. They were getting the job done just fine before. I know, I used to work there.
— Sidequest | Ligerzero (@LigerzeroGaming) May 9, 2021