One of President Donald Trump's election attorneys lashed out at Attorney General William Barr on Monday.

The Associated Press explained that Barr began the press event by announcing criminal charges in the bombing of Pan Am Flight 103 in 1988. The bombing killed 190 Americans and the alleged bombmaker has been found 32 years after the incident. He explained that it was something he worked on as the attorney general 30 years ago.

When taking questions, Barr poured cold water on President Donald Trump's attempts to lash out at President-elect Joe Biden and his family. Trump proposed a "special counsel" be appointed to investigate Biden's son and Sen. Ron Johnson (R-WI) similarly crafted his own Senate investigation. According to Barr, it's all a waste of taxpayer dollars as an investigation into Hunter Biden's financial dealings was "being handled responsibly and professionally."

"I have not seen a reason to appoint a special counsel and I have no plan to do so before I leave," Barr told reporters. He said that it wasn't necessary for Biden or for alleged election fraud. Previously, Barr announced that he hasn't seen any examples of election fraud from any states. It drew ire from the president and the two agreed that Barr would resign not long after the statement.

"Maybe you should sit down now, Bill. You certainly did enough sitting down on the job," Trump attorney Jenna Ellis said on Twitter upon seeing the Barr report.

​'We were complicit': Ex-Trump DOJ lawyer deeply regrets working for the president 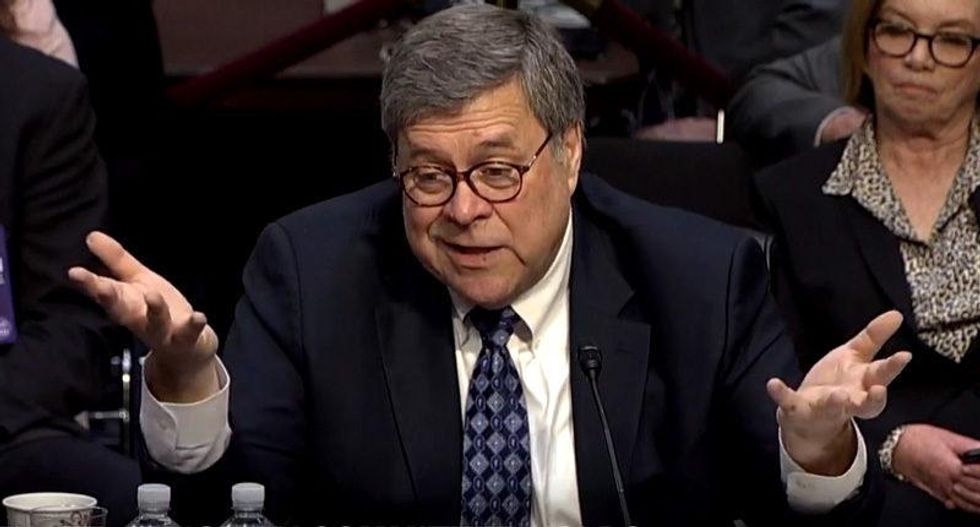 ​'We were complicit': Ex-Trump DOJ lawyer deeply regrets working for the president
SmartNews
Report typos and corrections to: corrections@rawstory.com.
Like this article ? Text `Support` to 50123 to donate.
READ COMMENTS - JOIN THE DISCUSSION