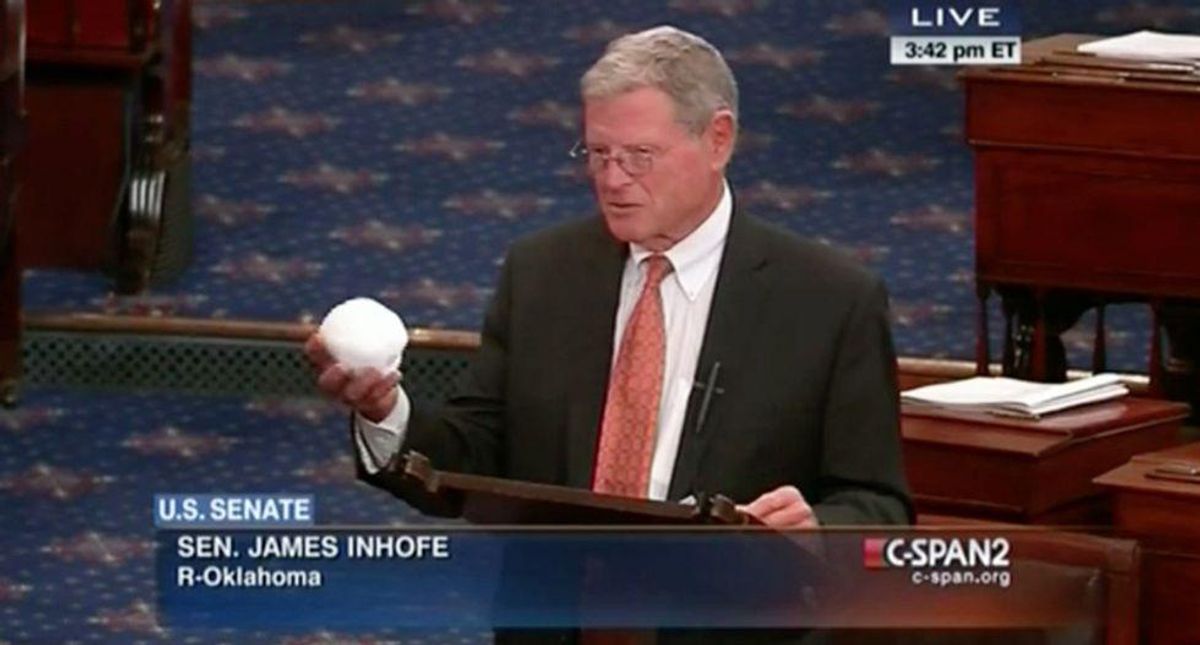 According to the Department of Transportation announcement, the program will cover two $50 million projects, one for an I-40 interchange and the other is for an I-35 project through Texas, Oklahoma, and Chickasaw Nation.

This week, the conservative Tulsa World newspaper celebrated Inhofe's efforts going after even more funding for the Tulsa airport because the air traffic control tower was built nearly 60 years ago in 1962.

It comes at a strange time, because Inhofe is also speaking out against the infrastructure bill that could bring billions of dollars to his home state.

"The Biden-Harris infrastructure proposal is a far cry from what President Biden and I discussed in our White House meeting," Inhofe said in a statement on his U.S. Senate website. "President Biden's plan uses roads and bridges – a truly bipartisan and popular issue – to try to advance the far left's agenda. Its focus on advancing the environmental left's vision for the American economy will hurt rural Oklahoma and eliminate oil and gas jobs. The tax hike proposal will also kill jobs and push others overseas."

Oklahoma lags behind Texas and California, which are both leading the way in wind energy. Oklahoma's oil and gas companies are struggling after last year's OPEC problems. Low gas prices that President Donald Trump pushed for also meant low profits for oil and gas companies in Oklahoma. The main companies began laying off staff before the COVID-19 pandemic, but people not traveling made things even worse. It's a problem that the state has suffered from over the past generation. Every time the oil industry booms or busts, the Oklahoma economy swings along with it. It ultimately makes for an unstable economy in which other companies fear investing.

As of last month, the top ten industries in Oklahoma include just one oil or natural gas company, and it's a company that does contracts. Oil is no longer a leading industry in the state, but it appears Inhofe isn't aware of that fact.

"The nation has a high demand for these skilled workers, and industry experts and employers in Oklahoma say a worker shortage has made it difficult to find qualified employees," said the report.

The housing boom in Oklahoma is revealing a shortage of skilled workers as well. Plumbers and electricians are booked for months. They're so desperate for skilled workers a group of 20 small construction companies came together to build a summer camp to teach youth how to work in those trades. Texas suffered from a plumber shortage too, after the state couldn't keep the heat on during the horrific 2021 winter freeze that left pipe problems across the state.

One major problem facing energy companies that have diversified into wind and solar is the lack of trained men and women necessary to work in those fields. It means a lot of on-the-job training that companies must pay for.

PBS reported last month that the shortage isn't getting better either. No matter how much money companies are offering in salary, there simply aren't enough trained to do the jobs.

Biden's bill would help with the human infrastructure necessary to ensure people are trained for these jobs. In fact, his plan works almost exclusively with the education and training needed for companies to hire the right people for the jobs. It could easily be the greatest investment for a company desperately searching for workers.

Still, Inhofe joins with other Republicans in his state in opposing Biden's bill, despite the investment it would make in their home state.

Republican Oklahoma City Mayor David Holt went to Washington this week to beg his state's officials to support the bill, explaining how desperate his city is for the money that would be delivered.

"This is an issue that has dragged on for the better part of a decade, but I think we are right on the cusp here," Holt told KFOR-TV. "Former mayor, Secretary Walsh said we're on the goal line, and I think that is absolutely the apt analogy, and there is an also an additional opportunity to hear, to do it in a bipartisan way."

See the interview he did with MSNBC's Joshua Johnson below: