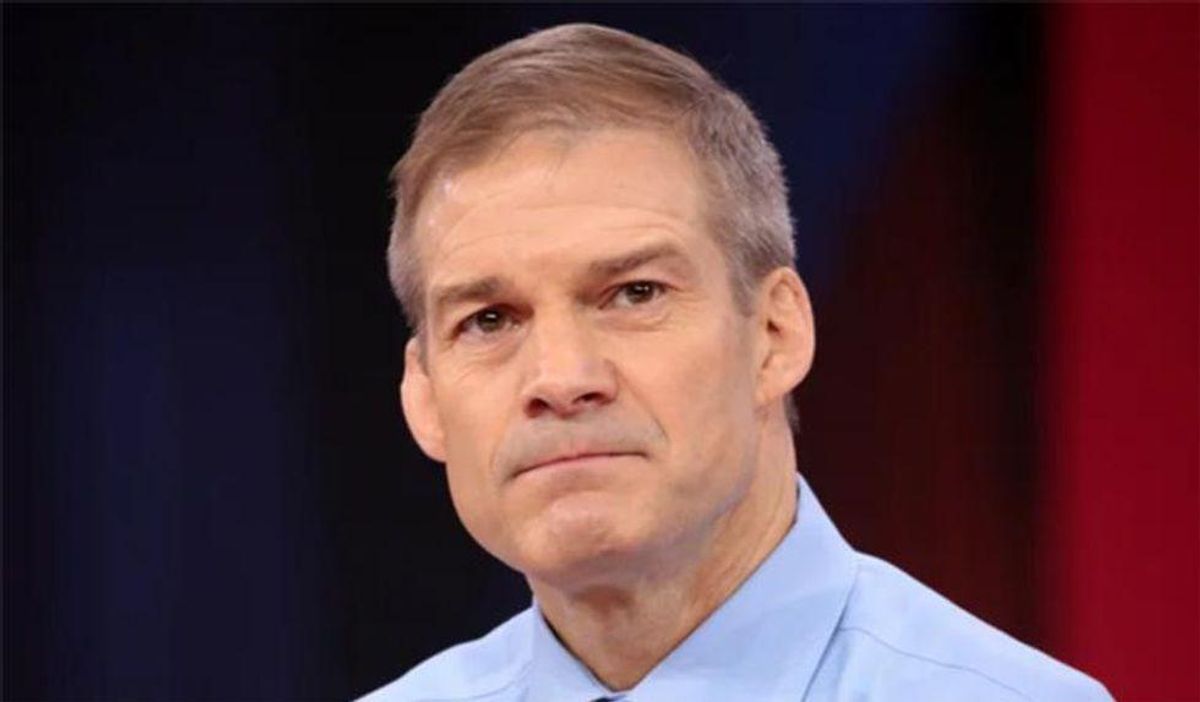 One right-wing Republican who Pelosi herself picked for the committee is Rep. Liz Cheney, who wholeheartedly agrees with Pelosi's decision to keep Jordan off her January 6 committee. Cheney has said that Jordan should be kept off the committee because he "may well be a material witness to events that led to that day, that led to January 6."

On October 20, Jordan tweeted, "Democrats are trying to steal the election, before the election." In light of that tweet, Blumenthal writes, the committee could ask: "What does Jordan know about the creation of the 'stop the steal' myth? Were his statements about a fraudulent election and attacking the Pennsylvania Supreme Court for its role in 'stealing the election' made in coordination with anyone at the White House or known to them in advance? If he got marching orders, where did he get them from?"

A few days after the 2020 presidential election, Jordan promoted the Big Lie at a "Stop the Steal" rally in Harrisburg, Pennsylvania that was organized by Scott Presler, a former field director for the Virginia Republican Party. And Pelosi's committee, according to Blumenthal, could ask: "Who funded the Harrisburg rally? What is Jordan's relationship to Scott Presler? What are the communications between Jordan, his staff and Presler?"

On January 11, the day the U.S. House of Representatives impeached Trump for incitement to insurrection, Trump gave Jordan the Presidential Medal of Freedom. And Pelosi's committee, Blumenthal writes, should ask: "What conversations did Jordan have at the ceremony with Trump or others about overturning the election and how to defend Trump?"

On December 4, Jordan tweeted, "Over 50 million Americans think this election was stolen." And in light of how much Jordan promoted the Big Lie that month, Blumenthal writes, Pelosi's committee should ask: "Did Jordan coordinate his statements with Trump, the White House staff, other Republican House members, or Trump's legal team led by Rudy Giuliani?"

On December 21, according to Politico, Jordan privately met with Trump and other Republicans in the hope of finding ways "to overturn the election results." And according to Blumenthal, Pelosi's committee should ask: "What was said at that meeting? What were those plans? Was the rally discussed? Was the idea discussed of sending Trump supporters to intimidate and interrupt members of Congress in the certification process? Was Jordan's role on the House floor on 6 January against certification raised at that meeting? What did Jordan say?"

The committee, Blumenthal writes, should also ask: "Did Jordan broadcast falsehoods in order to encourage Trump supporters to come to Washington on 6 January?"

In a January 12 hearing, Jordan claimed, "I never once said that this thing was stolen." And the committee, according to Blumenthal, should ask: "Why, then, did he tweet that the election was being stolen before it had occurred, appear at a 'Stop the Steal' rally and claim that 'crazy things' had changed the vote in swing states in addition to many other statements?"