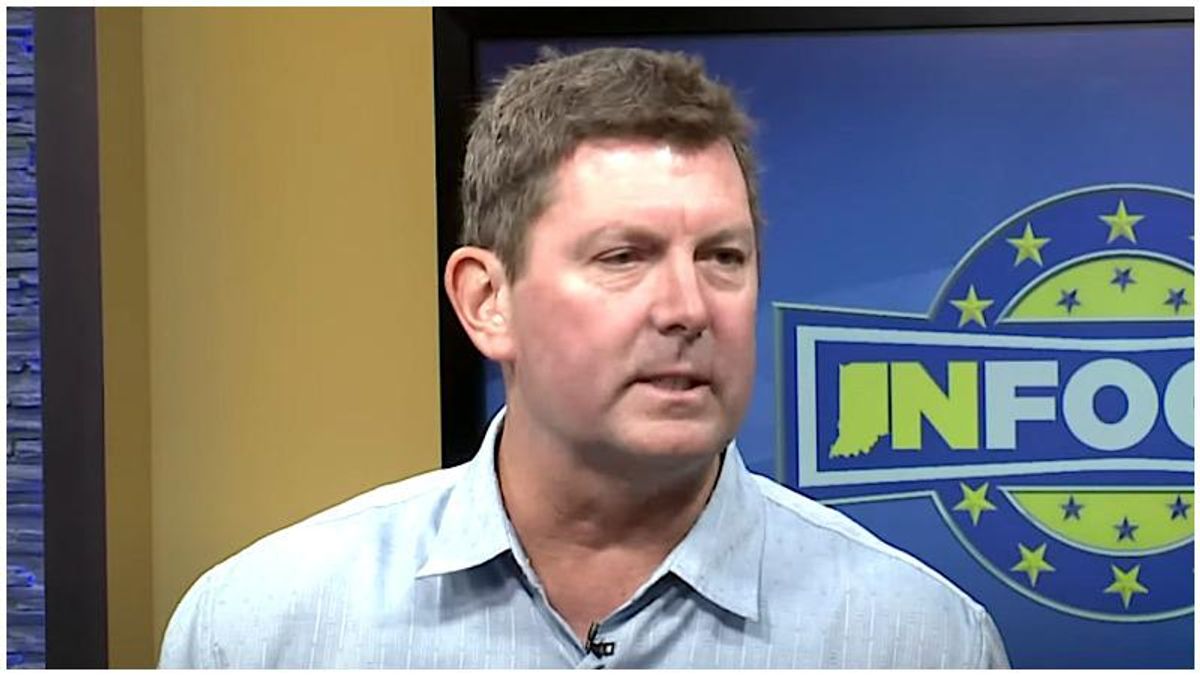 In a Facebook post this Tuesday, Indiana GOP Rep. Jim Lucas posted on Facebook about President Biden's call for a ban on assault weapons. But the post took an awkward turn when James Carson, a Black orthopedic surgeon in Houston, chimed in and offered his opinion about Lucas' take on gun rights, The Indianapolis Star reports.

"You know the constitution was written with people like me as slaves with no rights. Is that how it should be interpreted?" Carson commented on the post.

Lucas then responded to Carson's comment, writing that the "first slave owner in America was black."

"Blacks captured and sold blacks as slaves," Lucas added. "Slavery is vile and repugnant, but has, and is tragically a way of humanity."

"You say you're a surgeon, congratulations on your accomplishment," Lucas continued, addressing Carson. "Did you get any scholarships or financial assistance because of your skin color? Any minority scholarships?"

Carson replied that he did not, and asked Lucas to return the focus of the discussion back on the Constitution.

Speaking to the Star, Carson said that he thought Lucas' words were racist.

"Beyond a doubt, not even thinly veiled, it's pretty obviously racist to me," Carson said. "The fact that he would even imply that I've gotten where I am in life through school, only because of my race, he doesn't even do a good job of trying to hide it."

But according to Lucas, his words were not racist, but factual.

"There's still slavery today in many countries, and it's horrible. Slavery is horrible, it's vile. Racism is vile and despicable," Lucas told the Star. "And the people that keep generating the divisiveness by weaponizing the mere accusation of racism are vile and horrible and despicable."

But as the Star points out, while Black people sometimes participated in the slave trade at certain points throughout history, the practice was primarily drive by white people.

"At first glance, it's inaccurate and is trying to deny the connection between white racism and white supremacy and enslavement," said assistant professor of Africana Studies at IUPUI, Joseph Lennis Tucker. "If that's the goal to deny that slavery and enslavement in this country is predicated upon white racism and white supremacy, then that is a very problematic, inflammatory and most likely racially divisive comment."

Lucas told the Star that he thinks the backlash over his comments is the latest example of "race baiting" that has "gotten out of hand" and is being fueled by the media.

The comments are the latest in a history of controversial rhetoric emanating from Lucas on social media.

In December of 2016, he posted a meme on Facebook showing a woman in a car trunk with the caption: "Wanna know who loves you more: your wife or your dog? Lock them both in your trunk and see who's happy to see you when you let them out."

In another Facebook post on January 2017 in the wake of the Women's March, Lucas shared an image of a police officer in riot gear pepper-spraying a woman in the face, with the caption: "Participation trophies, now in liquid form."

In a 2019 post, Lucas responded to a news story about a Black man who pleaded guilty to rape with a photo of a gallows with two rope nooses.

He deleted and apologized for the posts and even deactivated his Facebook page, but is back on Facebook now.