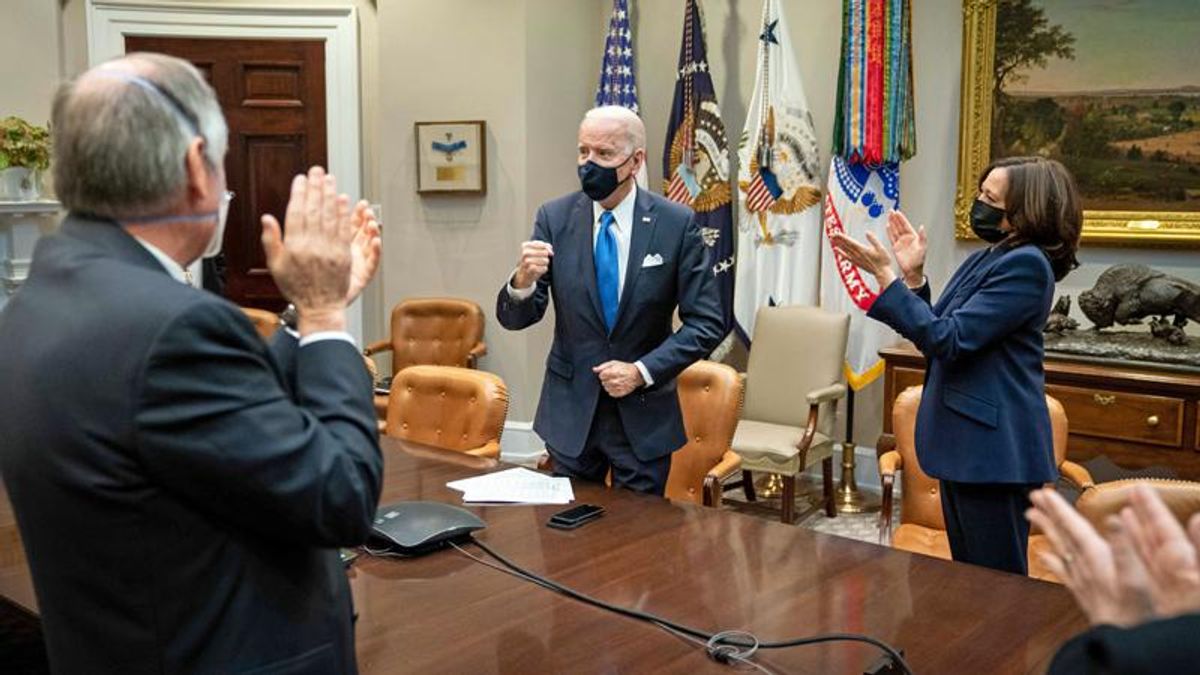 "While details remained in flux, the White House's newest plan is expected to call for roughly $1 trillion in new spending and approximately $500 billion in new tax credits, according to the people aware of the internal discussions. The people spoke on the condition of anonymity to discuss private deliberations," the newspaper reported. "The measure is expected to be largely if not fully paid for with new tax hikes centered on upper-income Americans and wealthy investors, the people said. The details of those tax measures remained unclear."

The newspaper reported. "The plan is expected to devote hundreds of billions of dollars to new programs that Biden highlighted during the presidential campaign and are highly sought by Democrats in Congress. While final numbers had not been determined, the largest efforts are expected to center on roughly $225 billion for childcare funding; $225 billion for paid family and medical leave; $200 billion for universal pre-kindergarten instruction; hundreds of billions in education funding, including tuition-free community colleges across the country; and other sums for nutritional assistance, the people familiar with the matter said."