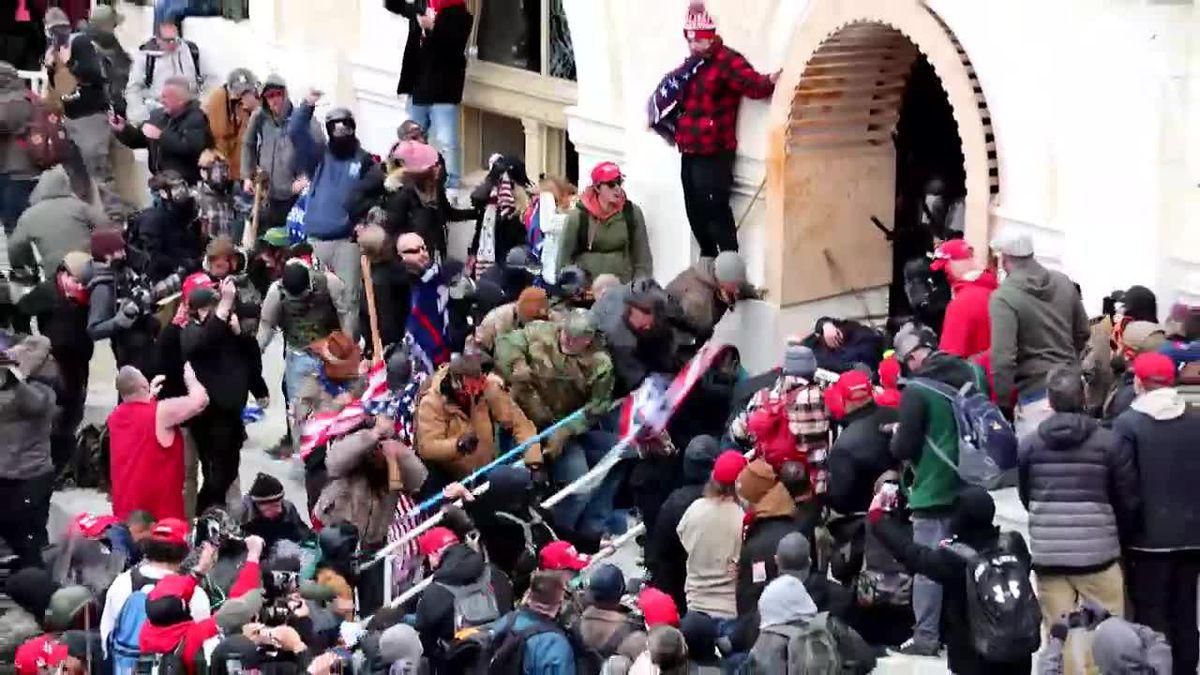 President Joe Biden on Wednesday described the January 6th Capitol riots as the "worst attack on democracy since the Civil War" -- and many Trump supporters were not happy about it.

Via Salon, some prominent Trump-loving conservatives took issue with Biden's claim and even accused the president of being the one to undermine democracy for supposedly "stealing" the 2020 election.

"FACT: The 'worst attack on our democracy since the Civil War' was when Democrats STOLE AN ELECTION from #WeThePeople--and then dared to pretend WE were the threat to democracy," wrote right-wing radio host Eric Metaxas on Twitter. "Shame on them. They will not get away with this. Many are praying."

Trump campaign flack Steve Cortes mocked Biden's claim and said it was wrong to equate "a bunch of unarmed fur hat hooligans" who stormed the Capitol with events such as Pearl Harbor and 9-11.

And Dinesh D'Souza, who has described the MAGA riots as a non-violent "walkthrough" of the Capitol, said he was surprised that the room didn't "break into uncontrolled laughter at this ridiculous claim."

While it's true that Pearl Harbor and 9-11 were far more deadly attacks on the United States, they were not aimed at blocking the peaceful transfer of power in a certified presidential election.