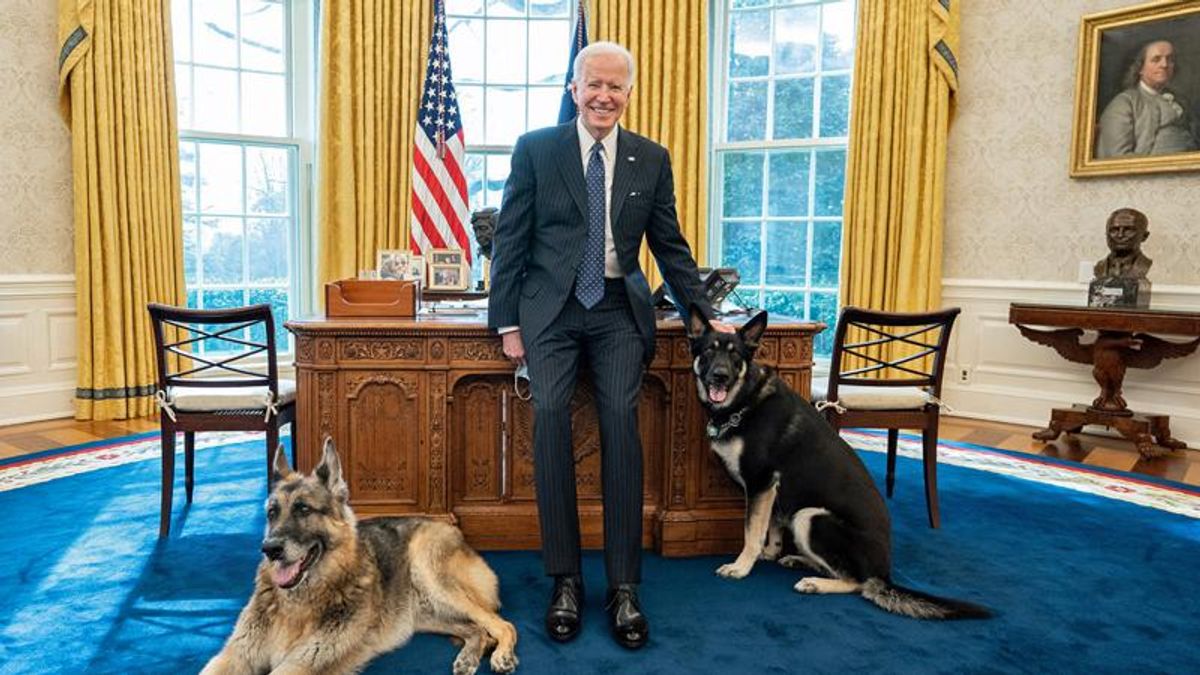 "Major, who is 3 years old, is the younger of the two Biden dogs, and has been known to display agitated behavior on multiple occasions, including jumping, barking, and 'charging' at staff and security, according to the people CNN spoke with about the dog's demeanor at the White House. The older of Biden's German Shepherds, Champ, is approximately 13 and has slowed down physically due to his advanced age," CNN explained.

Champ and Major were the first White House dogs since Bo and Sunny during the Obama administration as Donald Trump did not have any pets.

UPDATE: The White House disputed the charge releasing a statement from "The Oval Pawface," a Twitter account run by a staffer. According to the Tweet, there was no aggressive behavior and no biting incident. When Dr. Biden is out of town she sends the dogs with family back to Deleware.