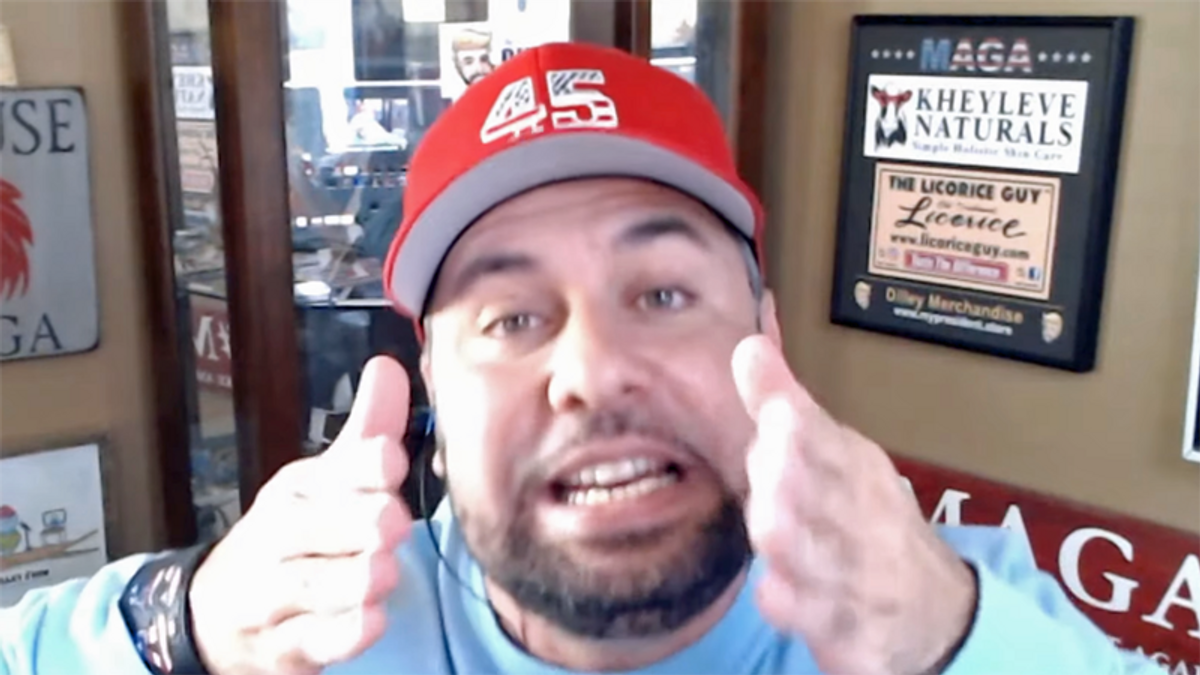 "Who do you think is the asshole speaking in Biden's earpiece?" a fan referred to as Susan asked. "Is it [Barack] Obama or Susan Rice?"

"I don't know. I feel like it's somebody who is equally as mildy ret*rded," Dilley said. "So, it's probably -- who's that f*cking...Barney Frank, that's my guess."

"I think Barney Frank is speaking in Joe Biden's earpiece," he continued. "Is Barney Frank still alive? Did he die?"

"Remember him?" he asked. "Do you remember Barney Frank? He was the gay, lispy f*ck who left Congress."

In 2018, Dilley finished in 11th place in the GOP primary for Arizona's eighth congressional district, receiving less than 900 votes.