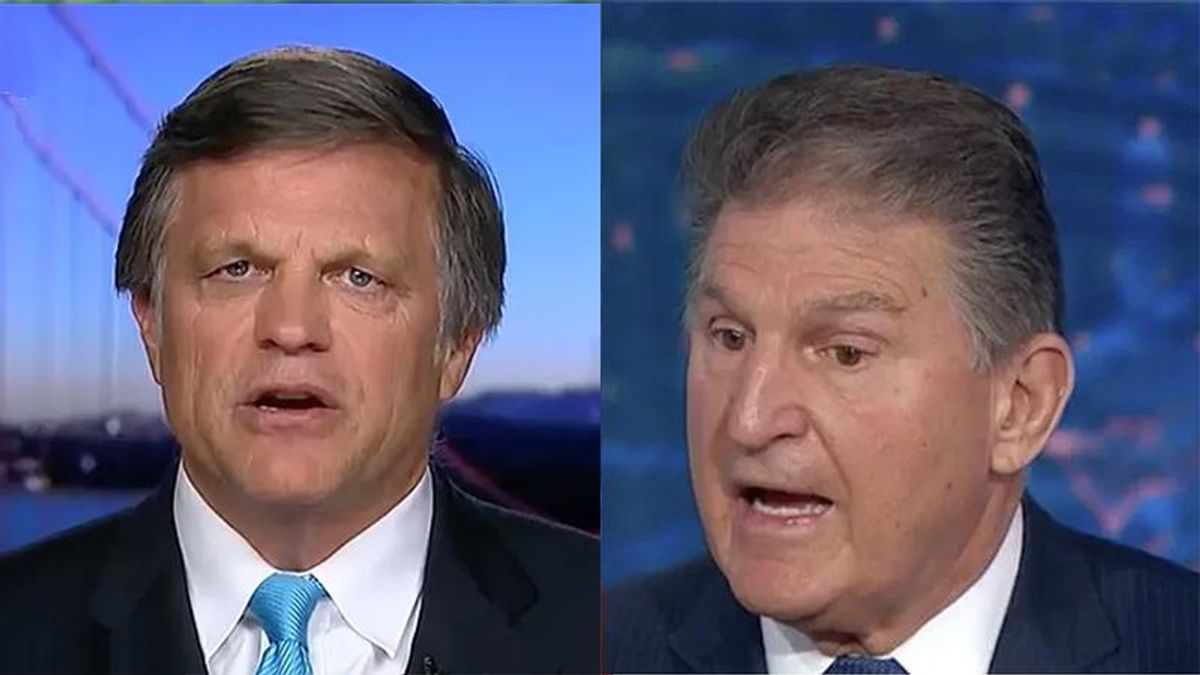 Manchin has drawn criticism from his own party, civil rights leaders, and historians with knowledge of the last centuries of Senate function. Everyone, other than his Republican allies, has spoken out against Manchin's confused understanding of the process. Manchin, however, isn't the only Democrat parroting right-wing talking points on the filibuster crafted from historic lies. Sen. Kyrsten Sinema (D-AZ) has also bought into the fake history.

"You have to strong-arm them," Brinkley encouraged President Joe Biden. "Lyndon Johnson would do the lean-in treatment and stare you down, make your life miserable for you. You have to have discipline. Manchin has become a media star as being the guy who holds the Democratic Party in the balance. It's unfortunate."

He went on to say that Manchin is also more about holding onto his political power than he is about legislative progress.

"You would think at this point he would get behind the fact that the Republican Party is gerrymandering, trying to disenfranchise voters. But he wants to be seen as the maverick of West Virginia on issues of voting rights which has a lot to do with race. Manchin isn't a progressive," Brinkley continued. "He's more worried about his future in West Virginia politics than he is helping the Biden administration succeed. So, the filibuster looks like it's here to stay. Any hope is going out the window with Manchin's wiping his hands and saying 'I'm going to leave the filibuster alone.'"

CNN host Pamela Brown noted that Manchin has disputed claims that this is all about holding onto his power, but Brinkley doesn't buy it.

"I think that that's baloney," Brinkley claimed. "Manchin is looking after his own hide here. And this is a setback simply because somebody that is part of the Democratic Party, it's unfortunate. And I think Biden should call Manchin out by name instead of doing low-ebb kind of, 'somebody that's causing a problem.' Voting rights now are being threatened in the United States, and Republicans are scoring a big victory because of a Democrat from West Virginia."