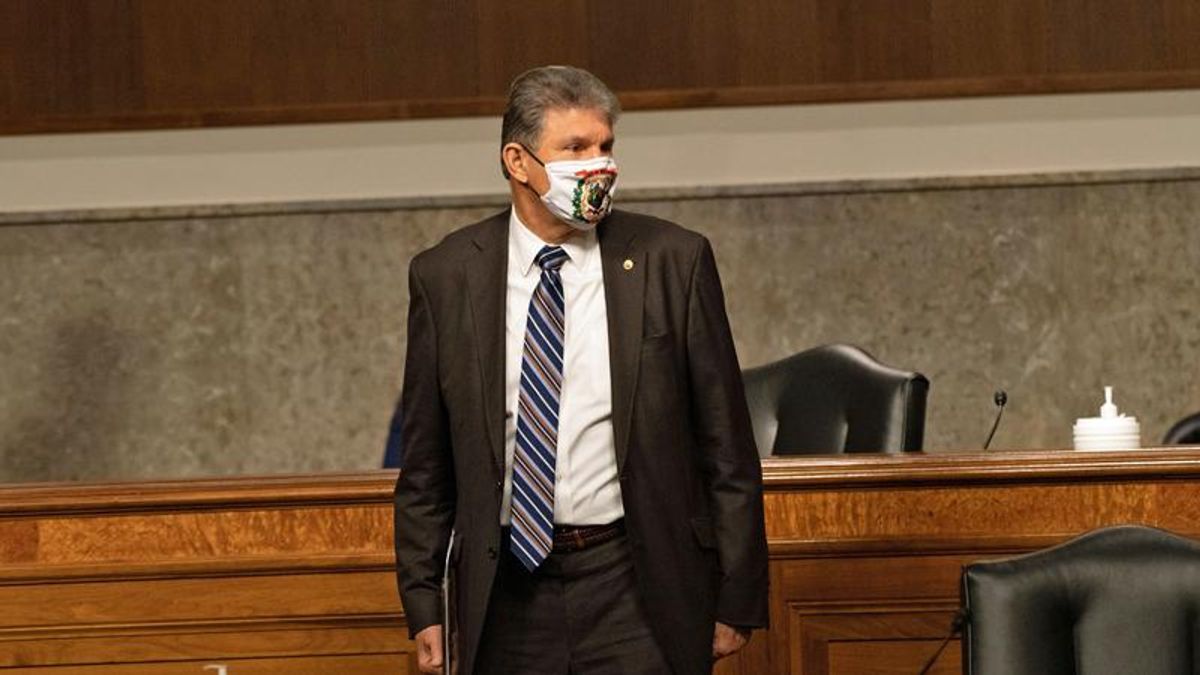 Sen. Joe Manchin (D-WV) surprised many with a major power play in the U.S. Senate on Friday.

"In the end, it took a direct call from President Biden, a meeting with Schumer and significant concessions to get Manchin on board. He trimmed several weeks of unemployment benefits off of Sen. Tom Carper's (D-Del.) compromise amendment from earlier in the day and added a $150,000 cap to the proposal's tax deduction for up to $10,000 in unemployment benefits," Politico explained. "The episode perplexed Democrats, who said Manchin threatened what they understood to be a universally acceptable compromise extending unemployment payments through September and making those benefits nontaxable. That earlier deal also trimmed the weekly benefit from $400 to $300, as Manchin had sought."

"I have no idea what he's doing, to be quite frank," she said. "Maybe you can tell me."