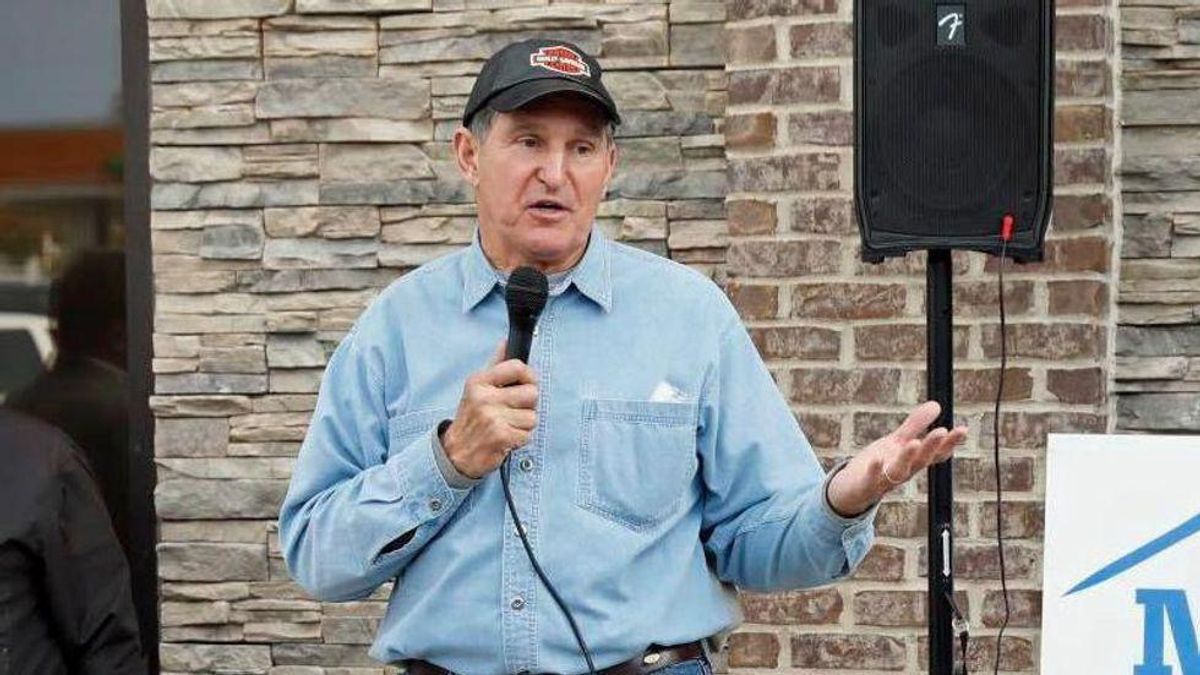 Sen. Joe Manchin (D-WV) has come out against the sweeping For The People Act, the Democrats' marquee voting and elections reform bill — however, he does support the passage of the John Lewis Voting Rights Act. And while the passage of that is uphill as well, with Senate Minority Leader Mitch McConnell (R-KY) advising his party against it, this bill has at least one Republican supporter in Sen. Lisa Murkowski (R-AK).

But what is the difference between these two bills? Writing for The Washington Post, Peter Stevenson broke down the basic differences.

"Democrats had focused on the For the People Act, a broad and transformative bill that would have, among other things, created a national automatic system for registering voters and established national standards for mail-in and absentee ballots," wrote Stevenson. "It's hard to overstate what a big deal those measures would have been; there's a reason it was labeled House Resolution 1 in this Congress, a sign that it was the Democrats' top priority. A national voter registration system would have pulled voters' information from preexisting government databases, like state driver's license databases and taxpayer information. Anyone could opt-out of being automatically registered to vote — but barring that, every American would be automatically registered."

By contrast, the John Lewis Voting Rights Act doesn't set explicit national standards on these processes — but it requires states to "pre-clear" a broad range of voting and election law changes with the Justice Department to avoid discrimination.

"The bill would require changes to a whole lot of different kinds of laws and voting procedures to be subject to federal preclearance, including: changes to the number of at-large elected positions within a state or subdivision; redistricting; voter ID requirements; alterations to multilingual voting materials; changes to precinct locations or early-voting access; [and] changes to how voter rolls are purged," wrote Stevenson. This is similar to requirements in the original Voting Rights Act, eliminated by the Supreme Court in 2013 because they applied only to a handful of states rather than all states equally.

"Republicans are vocally opposed to the John Lewis Voting Rights Act, just as they are to the For the People Act. Sen. John Cornyn (R-Tex.) said the point of both bills is to 'get the federal government basically to manage the voting system,' and others have said they oppose it," concluded Stevenson. "But if it has the support of all 50 Democratic senators, it could at least get as far as a vote, which would put Republicans on the record as being against it."