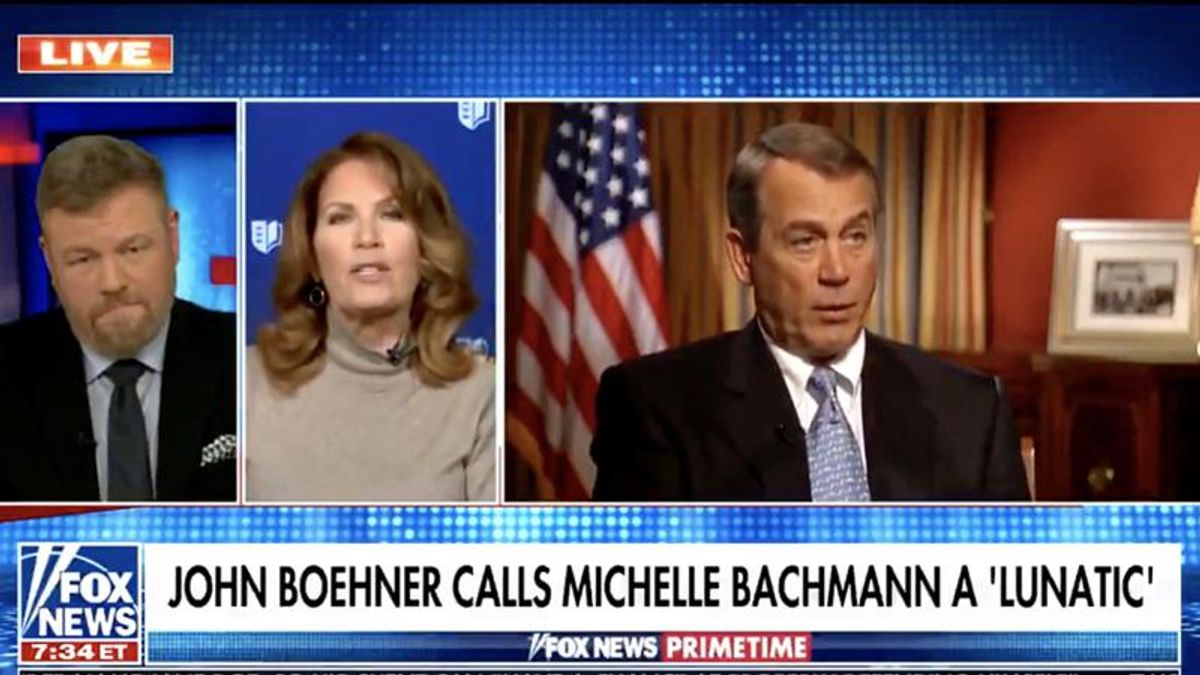 That is in fact what they're doing. Or, to be more specific, that is what her fellow Republican John Boehner did.

In his book, Axios writes, "Boehner calls the former Minnesota congresswoman, who ran for president in 2012, a 'lunatic' who embodied the ability of right-wing media to make 'people who used to be fringe characters into powerful media stars.' Boehner writes that Bachmann wanted to be placed on the powerful House Ways and Means, and that he turned her down."

"Her response to me was calm and matter-of-fact. 'Well, then I'll just have to go talk to Sean Hannity and everybody at Fox," she said, 'and Rush Limbaugh, Mark Levin, and everybody else on the radio, and tell them that this is how John Boehner is treating the people who made it possible for the Republicans to take back the House.'"

On Friday night Bachmann, who recently called the 2020 election a "coup," sounded like she was paving the road for a "populist" political campaign.

"The fact is when you talk about the elites in Congress, these people aren't us, they're not us, they abhor us," Bachmann told Fox News' Mark Steyn.

"They're the handmaidens of the rich and the famous, that's why they give get out of jail free cards to people like Mark Zuckerberg and Jack Dorsey," the CEOs of Facebook and Twitter, respectively.

"That's what they are, they're they're actually more like low-level tools working to shill for their post-congressional life, and for people like us, we're considered the lunatics. I mean, think of how lacking in self awareness do you have to be to call Fox viewers 'lunatics' because that's really what they're doing."

Bachmann: We’re considered the lunatics. How lacking in self-awareness do you have to be to call Fox viewers lunati… https://t.co/oNcBpx1mUb
— Acyn (@Acyn)1618011612.0