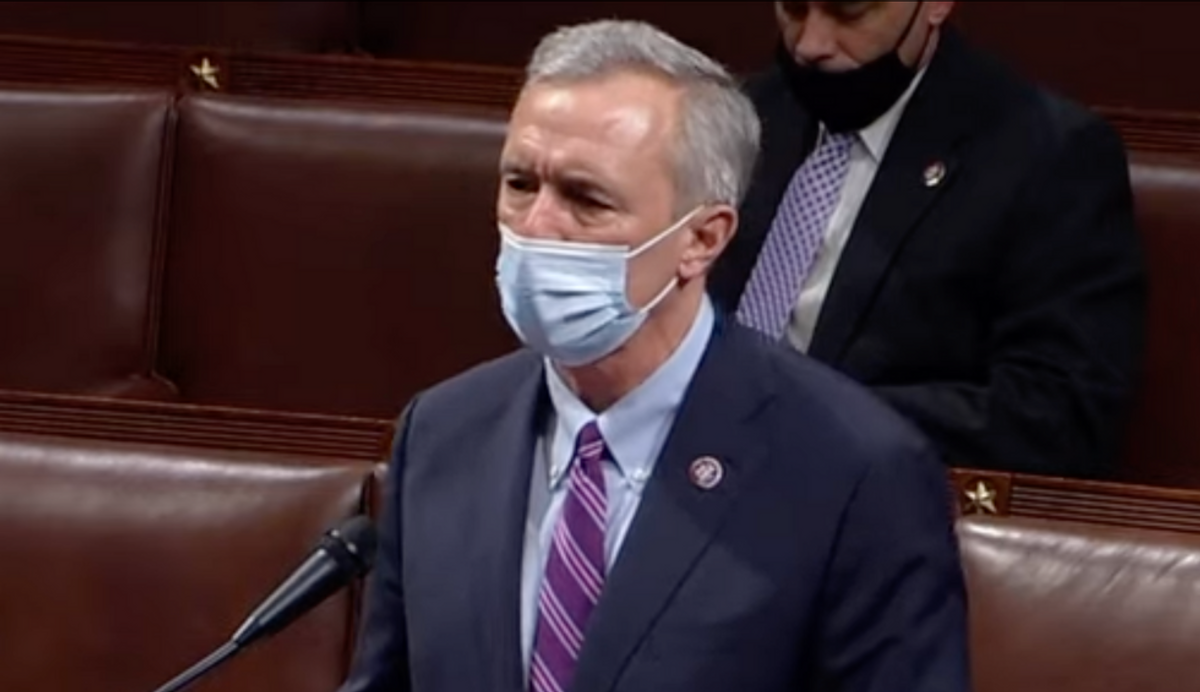 On May 11, Democratic Rep. Bennie G. Thompson of Mississippi announced that an agreement for a bipartisan commission on the January 6 attack on the U.S. Capitol Building had been reached with Republican Rep. John Katko of New York State. But despite the key role that Katko, a conservative, played in the agreement, many Republicans in Congress have been coming out against it — including House Minority Leader Kevin McCarthy and Senate Minority Leader Mitch McConnell. CNN's John Berman discussed this development on the morning show "New Day" this week, stressing that even when a bipartisan agreement is reached, most Republicans don't want a real 9/11-style commission on the January 6 insurrection.

Berman, who co-hosts "New Day" with CNN's Brianna Keilar, noted that the proposed commission was "part of a bipartisan deal negotiated by Republican Congressman John Katko, who reached the agreement based on specific requests from Leader Kevin McCarthy." Katko, Berman observed, "won concessions from Democrats on nearly all the points" — and said of the agreement, "This is about facts. It's not partisan. We would have never gotten to this point if it was about partisan politics."

Katko, according to Berman, has torn apart Republican objections to the agreement — but it did not impress GOP congressional leadership. McConnell, McCarthy, Sen. Ron Johnson of Wisconsin, Rep. Greg Pence of Indiana and other Republicans remain adamantly opposed to the proposed commission despite Katko's participation. Rep. Pence, the brother of former Vice President Mike Pence, said of the proposal, "Hanging Judge Nancy Pelosi is hell-bent on pushing her version of partisan justice complete with a handpicked jury that will carry out her predetermined political execution of Donald Trump before law enforcement officials have completed their investigation."

Berman found the "hanging judge" reference to be an interesting choice of words given that on January 6, some of the far-right insurrectionists who stormed the U.S. Capitol Building were chanting, "Hang Mike Pence" and even had a hangman's noose set up outside with him in mind. Rep. Pence used "hanging judge" as a figure of speech to smear House Speaker Pelosi; some of the January 6 insurrectionists literally wanted to execute then-VP Pence, as they believed he had betrayed then-President Donald Trump.

In light of all that, Berman stressed, it is obvious that most Republicans in Congress simply don't want a January 6 commission — under any circumstances. However, 35 Republican House members did vote for the commission, showing that McCarthy has weak control over his caucus.

Berman noted, "Again, Republican John Katko — who negotiated the deal based on terms provided by Kevin McCarthy — addressed just about every alleged concern by Republicans. But the thing is, maybe it's not the terms of the conditions itself that has Republicans worried."