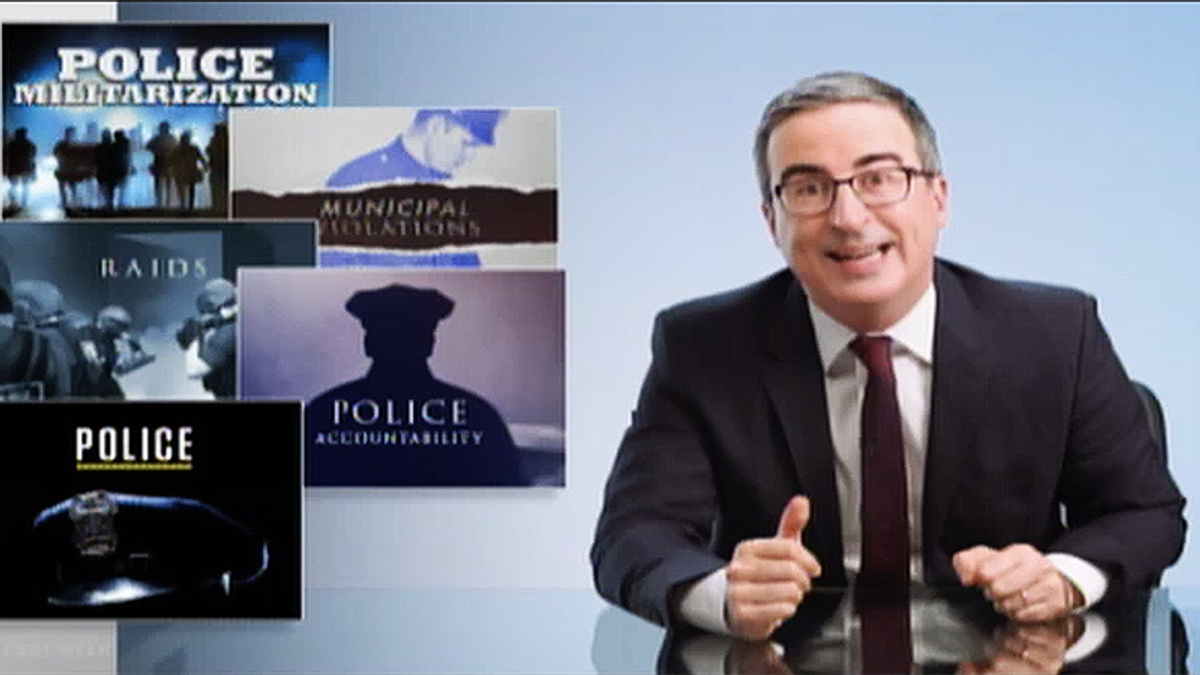 "And look, we could keep up our part in that saga," said Oliver. "I could cite statistics about police using excessive force. I could dunk on all the appalling responses from conservative media figures. I could reiterate, yet again, that what happened is completely wrong. But the fact is, we couldn't even finish writing about what happened to Daunte Wright before the city of Chicago released videos of one of their officers killing a 13-year-old unarmed child... footage which clearly contradicted the picture of an 'armed confrontation' pained by the police and the mayor, and a prosecutor who said 'Adam had a gun in his hand when he was shot.' Which he did not."

The shooting began the cycle again of calls for protests, police responding to protests with violence, protesters growing angrier, police being told to stand down, and protests calming until a few days later when the next police officer kills another person of color or unarmed child.

So, instead of doing all of that, Oliver decided to go in a different direction. Over the course of seven minutes, he reported funny stories, weird stories and naked Canadian political officials.

He closed the segment by asking Americans to continue taking to the streets, continue standing up for justice and for lawmakers to start proposing solutions.