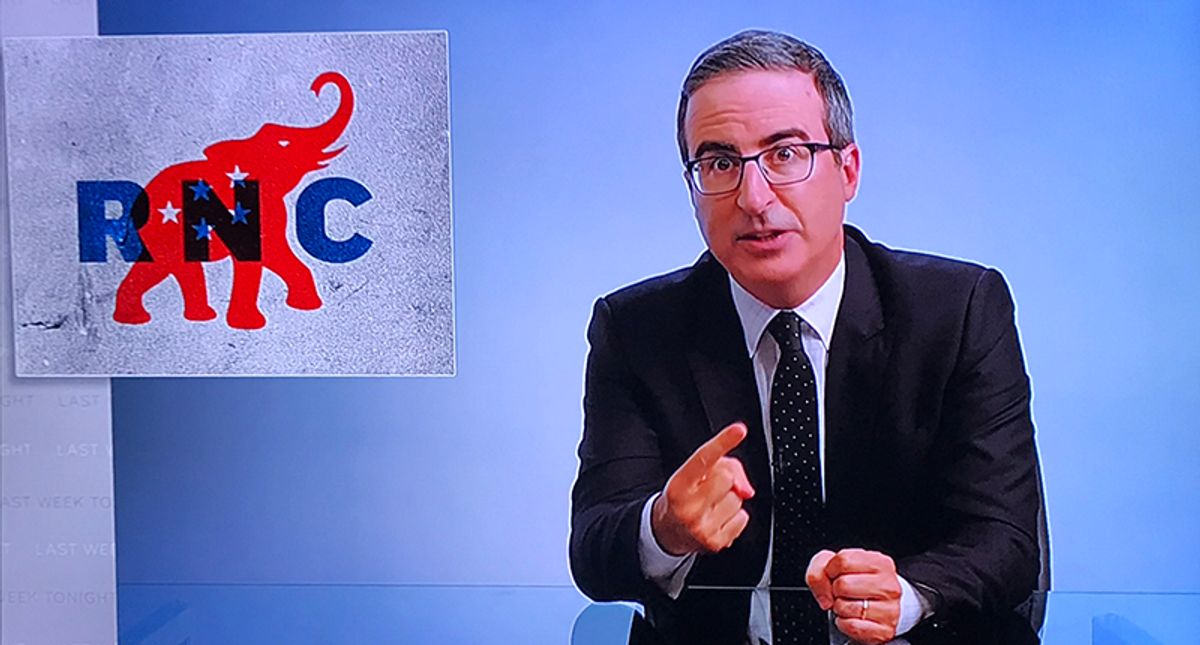 It wasn't shocking that former President Donald Trump was given a pass by the Senate for his involvement in the Jan. 6 attack on the U.S. Capitol, "Last Week Tonight" host John Oliver explained on his first 2021 show.

Oliver began the HBO episode by saying that Trump's lawyers mounted a defense that could be "charitably described as incoherent."

"Trump's lawyers didn't try very hard because they don't have to," Oliver explained.

But during the lead-up to impeachment and the trial, Republicans in state legislatures and at state parties were doing things that Oliver said are far worse than the Senate GOP votes for acquittal.

As Oliver explained, one Republican state legislator in West Virginia was taking part in the attack, claiming he was just there to "film it" for a moment in "history." A Michigan Republican Speaker denied that the attack even happened and that it was all staged and filmed.

The Arizona Republican Party censured the top three members of its state because they didn't support Trump enough for the GOP's satisfaction. The Oregon Republican Party released a statement saying that the Jan. 6 event was a "false flag operation designed to discredit President Trump."

Republican state Senators in Arizona also attempted to hold the Maricopa Board of Supervisors in contempt for refusing to hand over voting machines so they could investigate the election results. A Republican in the state's House also announced HB 2720, which would revoke the secretary of state's ability to certify the election and appoint electors.

Oliver then showed a damning clip.

"Why not just do away with elections altogether and just have the legislature pick all of our elected officials?" Arizona Secretary of State Katie Hobbs said sarcastically.

"Republican legislatures across the country are responding to what's being called the most secure election in U.S. history by pushing new laws that make voting significantly more difficult," Oliver went on.

There are 19 new bills proposed in Arizona. A whopping 33 states have either prefilled or will carry over 135 election or voting restriction laws for this year's session, he said.

While, at the federal level, there are two main bills that could help protect voting rights, they're being held up by Democrats like Sens. Joe Manchin (D-WV), Kyrsten Sinema (D-AZ) and Dianne Feinstein (D-CA) because the senators refuse to end the filibuster to pass these voter protection bills. Ironically, Oliver added, the filibuster was used in the 1950s and 60s to stop segregation and voting legislation.

See Oliver's segment in the video below: